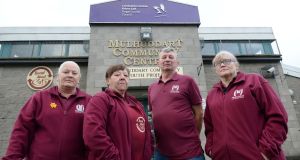 Over 1,000 workers in some of the most disadvantaged areas are being paid minimum wage while colleagues doing the same work are getting €3 per hour more, according to a coalition of community centre managers.

They say the viability of hundreds of centres, providing vital services including affordable childcare and youth services, is under threat without increased contributions to those workers on lower pay.

Wages of both sets of workers are funded by central Government but by different departments.

Though Pobal encourages centres to pay the living wage (€12.30 an hour), it contributes just €8.65 per hour, leaving centres themselves to make up the shortfall.

An expected increase in the minimum wage to €10.10 early next year, without an increase from the department, is causing “widespread concern across the sector” about the viability of many centres.

Among those under pressure is Mulhuddart community centre in west Dublin which employs nine people on the CSP. They are paid the minimum wage of €9.80 an hour yet work alongside people on CE schemes getting about €11.70 an hour, rising to about €12.70 an hour during the 28 weeks they get the fuel allowance.

The CE workers will next month get the Christmas bonus of an additional week’s income. Their CSP colleague won’t.

Joe Byrne (60) has worked as the centre’s caretaker for six years, taking home €340.84 after deductions, after a a 39-hour week, to support himself and his wife.

Audrey McGuirk (59), employed there 17 years, works 19½ hours a week as a receptionist, taking home about €185 a week. Kathleen Brennan (64), a cleaner also works 19½ hours. Her husband, who is unemployed, has €75 a week deducted from his welfare-payment as she works, giving them a weekly income of about €308.

None has had a pay rise other than increases in the minimum wage.

The centre provides affordable childcare, youth services, help with job applications, low-cost sports and dance classes and a low-cost cafe to a growing community classified by Pobal as “disadvantaged”.

Centre manager Deirdre Costello said since it joined the CSP programme in 2007, the Pobal contribution to CSP workers’ wages has remained static at €8.65 per hour – the minimum wage 12 years ago.

“When the minimum wage becomes €10.10 we will be carrying a deficit of €1.45 per hour per CSP worker – a difference of over €17,500 [for the nine employees]. In addition to this, there will be an increase in our PRSI obligation. We most certainly don’t have the reserves required to pay the additional €17,500 and are very concerned about the sustainability of the centre going forward.

“There was a Christmas bonus paid by Pobal in the past but it has not been paid for many years.”

Ruth Coppinger TD, who is advocating for the workers, described their situation as “unreal”.

“This cannot continue. People cannot survive on the minimum wage, especially given the cost of rent and the cost of living.”

She called on Fingal County Council to ensure all workers based in buildings it owns, such as that in Mulhuddart, were paid the living wage. The council said, however, wages were a matter for the centre’s management.

A Pobal spokeswoman said CSP funding was “provided to social enterprises as a contribution towards the cost of [staff] . . . It is a fixed annual contribution that must be co-funded by the organisations from other sources, for example, from income generated from the use of facilities and services provided.”

Ms Kinane said this amounted to Government “putting it back on” already disadvantaged communities.

A department spokeswoman said a review of the CSP examining issues, including “income-generation requirements”, was nearing completion.