One in seven believe women may provoke abuse – survey 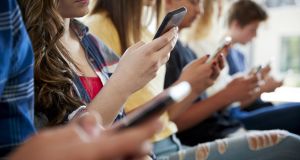 Some 16 per cent agreed a man should drive the car in a relationship where both male and female could drive. Photograph: iStock

Young people aged 16-25 hold some of the most rigid views on gender roles, new research finds.

Research was by Behaviour and Attitudes and based on interviews with a representative sample of 1,000 adults aged 16 and over, and focus groups.

One in seven respondents believed women may provoke abuse against themselves, and in focus groups “older women (mothers in their 40 and 50s) spoke about young males as being vulnerable and referred to the behaviour of young girls... pointing particularly to the way young women might dress or drink”.

Among young men, “there were elements of bravado” during focus groups and “suggestions that some men might not respect women as ‘women don’t respect themselves’ particularly in terms of sex or how they dress”.

Overall 22 per cent of respondents felt a man should be the head of the household but this increased to 26 per cent among younger adults. More men (27 per cent) agreed with this statement than women (17 per cent).

And while 11 per cent believed men should lead in managing financial affairs this increased to 18 per cent among young adults and 16 per cent among the over 65s.

Some 22 per cent of adults agreed a man should earn more than the woman to support a family – a view agreed with by 25 per cent of young adults and 30 per cent of over-65s.

Some 16 per cent agreed a man should drive the car in a relationship where both male and female could drive, with this increasing to 22 per cent among those under 25.

Knowledge of violence against women was highest in the more rural regions of Leinster outside Dublin and in Connacht/Ulster (37 per cent) while lowest in Dublin (32 per cent).

While participants felt there had been positive progress for women “there was a sense that there [was] further progress to be made”.