Scouting abuse victim: ‘I thought I was participating because I was afraid to say no’ 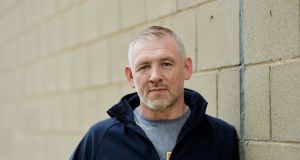 Mark Gaffney was nine when his scout leader first began grooming him, he says. The son of a single mother living in Drimnagh, Dublin, he believes his alleged abuser targeted the lack of a father figure in his life as a potential weakness to exploit.

Mr Gaffney (47) joined the Catholic Boy Scouts of Ireland (CBSI) as a cub scout in the early 1980s as part of a troop based in Dublin city centre.

Over a two-year period he alleges he was sexually abused by one of his scout leaders, who died a number of years ago.

Out of nearly 250 alleged abusers believed to have molested children in legacy scouting organisations, the individual is described as one of the more serious alleged offenders by those familiar with Scouting Ireland’s internal review of past abuse.

“He came into the family, and he was like: ‘Ah he’s a lovely young fella, I’m going to get that shyness out of him and I’ll have him grand for you, Mrs Gaffney’. That’s the way he honed in, that the family trusted him,” Mr Gaffney told The Irish Times, speaking publicly about his abuse for the first time.

The scout leader he alleges abused him moved between several different Dublin-based troops over several years, according to sources in Scouting Ireland. He also had links to a senior CBSI figure against whom allegations of child abuse have also now been made.

“He came in as a father figure, and then suddenly it went to falling asleep and you’d wake up and he was beside you with his arm around you. You take that as a comfort, and then it leads on and it leads on,” Mr Gaffney said.

“It would have started off originally just as fondling, then showing pornographic books and things like that. The next thing before you know it you’re led into a situation where you’re sitting on his lap, to sitting on his lap naked, to full rape. In my head I thought I was participating because I was afraid to say no,” he said.

The leader was removed from CBSI in the late 1980s officially over concerns with the administration of the scout troop he was involved in, according to sources in Scouting Ireland.

Correspondence from that time shows Mr Gaffney also alleged other scout leaders were aware of his abuse and had failed to act to prevent it.

In April this year he reported the alleged abuse to An Garda Síochána at Kevin Street Garda Station. The details in this interview match the details given to gardaí, according to a copy of his statement provided to gardaí seen by The Irish Times.

An internal Scouting Ireland review by child protection expert Ian Elliott has identified 321 alleged victims of past abuse and 247 alleged perpetrators. Mr Elliott is preparing a full report on the historic abuse, expected in February 2020.

Scouting Ireland has promised to make an institutional apology for the past abuse, following Mr Elliott’s final report. The organisation has already individually apologised to all those who contacted it disclosing their past abuse.

The alleged abuse primarily took place between the 1960s and 1990s in legacy organisations, CBSI and the Scout Association of Ireland (SAI), which later merged to form Scouting Ireland in 2003.

There is evidence that known abusers were permitted to move between scout troops and information about child abuse was covered up.

In one instance Mr Gaffney said his abuser had him alone in a separate room with his trousers down when another leader walked in. “The man just shut the door and walked away,” he said.

Often the abuse would occur after weekly scout meetings in an apartment near the scout hall, Mr Gaffney said. “My mother used to be saying, ‘How come you’re not coming home until 11 o’clock at night?’ That would be a rough night if it was 11 o’clock, scouts ended at 9pm,” he said.

“On the other side of it was he was a lovely man, and he’d look after you, and he bought you sweets and he promised you a Sony walkman,” Mr Gaffney said. The grooming continued until he left the scouts aged 12. His abuser had “brainwashed” him, he said.

Up until a number of years ago, Mr Gaffney ran a profitable motor repair shop and owned a number of properties. When he took the decision three years ago to confront his childhood abuse the ensuing mental trauma had a devastating effect on his life, he said.

“I had it locked in the back of my brain, once I opened it up it took over… I didn’t turn to a situation with drugs or drink or anything like that, [but] I kind of deactivated myself from life,” he said.

His relationship with his wife suffered and he has been unable to work for a number of months, and has several bank loans in arrears. He attends weekly psychotherapy sessions to try to work through the trauma, paid for by Scouting Ireland.

“My whole agenda now is focused on trying to get some closure, so committing suicide doesn’t even come into the equation. I’m trying to keep my mind safe and sound,” he said. He has also instructed a solicitor to take a civil case against Scouting Ireland over the past abuse.

“I’d like to see someone held accountable, and someone saying ‘Yeah, we did know this was going on’,” he said. “I’ve come through 30 years of survival, I found that the worst thing that I did was try to come forward to get closure – it just turned my life upside down,” he said.

In a statement, Scouting Ireland said it had “acknowledged that many people were hurt when they were members of our legacy organisations CBSI and SAI. We deeply regret the hurt caused to children through the unlawful and unacceptable actions of adults in these organisations”.

“Scouting Ireland has always reported all information on alleged sexual abuse which has been brought to our safeguarding team’s attention to the appropriate authorities. The organisation adopted mandatory reporting more than 10 years before Children First legislation was enacted in 2015 and all reportable information has been reported,” it said.