Call for lone-parent families to be prioritised for housing 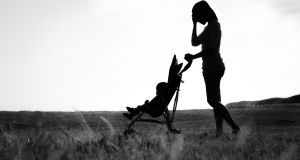 One Family said targeted measures are needed that ‘support one-parent families to lift themselves out of poverty’.

The Government ought to introduce measures in this year’s budget that will mean lone parents are prioritised for housing, a lobby group has argued.

One Family, which represents people parenting alone, sharing parenting, and separating, has published its pre-budget submission calling for a cross-departmental approach from the Government in lifting lone-parent families out of poverty.

One Family chief executive Karen Kiernan said the problem must be tackled now in order to avoid “condemning another generation of children and their parents to poverty”.

“These families are consistently among the worst off in our society,” she said. “They are disproportionately represented in the homelessness figures and the living standards of working one-parent families are now amongst the worst in Europe.

“This is just not right . . . We need targeted measures that support one-parent families to support themselves out of poverty.”

In its submission, the group said there was a significant amount of lone parents and their young children in emergency accommodation. “Show compassion for these vulnerable families by prioritising housing for lone parents,” it said.

The group also called on the Government to restore child benefit to those aged 18 and over and in full time second-level education, as well as to increase the qualified child increase rate for older children by €5 to €42 per week.

In addition, it argued, the budget ought to equalise income thresholds for all families and treat one-parent families the same as two-parent families, who are allowed earn more per child for the back to school clothing and footwear allowance.

It said eligibility for the working family payment should automatically be linked to medical card eligibility and appealed for an increase in the dependent’s allowance for children under 16 years old to €80.

One Family called on the Government to reduce the weekly threshold to 12 hours per week for one-parent families to reduce the “disproportionate pressure they are under and to help them increase their earning capacity”.