‘Agency will be invaluable’ to those who require these services, says women’s council 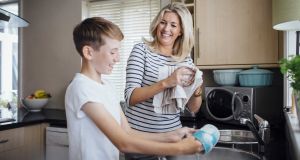 The National Women’s Council of Ireland said the proposed agency would reduce the burden on ‘mothers who parent alone to litigate for child maintenance’.

A State-funded agency should be set up to help mothers sue absent fathers for maintenance payments, the National Women’s Council of Ireland has said.

The women’s council has called for the establishment of a State maintenance agency in its pre-budget submission to Government.

Orla O’Connor, director of the organisation, said it would reduce the burden on “mothers who parent alone to litigate for child maintenance”.

“As things stand, women are forced to secure child maintenance through the courts in an approach that is costly, complex and time consuming,” she said.

“This agency will be invaluable to women who require its services. And it will also save the State money long term by reducing the need for legal aid as well as removing this process from the already overburdened courts system.”

The women’s council is also urging Minister for Finance Paschal Donohoe to set aside money in the budget to allow for free contraceptives.

Dr Cliona Loughnane, health co-ordinator with the women’s council, said all proven forms of contraception should be made available to women so they can use the method that is most suitable for them.

“Contraception is typically still largely a woman’s concern, which means that it is women who are paying for it,” she said.

“Universal access would ensure women have access to the healthcare required to enjoy fulfilling and healthy sexual relations, support prevention of unplanned pregnancies, reducing the need for abortion and reduce incidence of STIs [sexually transmitted infections].”

Should people pay for contraception?

Earlier this year, Minister for Health Simon Harris instructed a working group to examine the feasibility of free contraception.

Mr Harris asked the group to look at the extent to which cost is a barrier to people using contraception and any other obstacles.

At the time, he said: “Cost should not be a barrier to accessing contraception and I am determined to address this.”

In its submission, the women’s council also called for more funding for the National Maternity Strategy and investment in the childcare and homelessness crises.

Ms O’Connor said it was “simply impossible” for the Government to say the country can afford tax cuts if it does not tackle “enduringly high childcare costs and the highest rate of women homelessness in Europe”.

“Quite simply, we cannot afford the costs of not investing in these vital public services, particularly as our economy meets the challenges presented by Brexit,” she added.