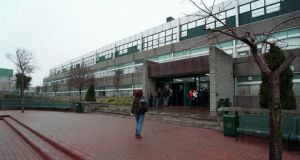 Ireland’s southeast is suffering “a lost generation” as people aged between 20 and 45 drift away from the region to find work elsewhere, according to the WIT study.

Highlighting what it describes as “donut demographics”, the South East Economic Monitor warned that the trend is so severe that the region has far more retired people and children to working-age people.

Over 8,621 locally-born young people are currently studying for degrees outside the region, with just 5,601 doing so within. “This brain drain has profound economic and social consequences,” said the report’s authors.

“The brain drain is likely to continue to accelerate with the recently announced Ireland 2040 plan and made durable under the technological university plans,” said the report, written by WIT academics.

Nearly 8,000 degree places are needed to stabilise the local population. Local students go to third level just as much as students from elsewhere, but a far greater percentage earn lower-quality qualifications.

This results in “lower job quality and persistently higher rates of unemployment”, said the South East Economic Monitor, which complains that the region would have 20,000 more third-level graduates.

“This human capital deficit is a contributory factor in the region’s difficulties in attracting foreign direct investment,” the report continued, warning against current plans to merge Waterford and Carlow institutes of technology.

“The reorganisation of the region’s two IoTs into a Technological University, as currently proposed, will not lead to further investment in higher education capacity in the region,” the report says.

The region’s median income rate per household is the second-lowest nationally at €34,501 in 2017, compared to €47,477 for Dublin. The southeast figure is a 1.5 per cent decline on the previous year.

Investment decisions by the State are too often driven by political calculations, resulting in circumstances where projects such as the development of Waterford Airport are held up, while other projects are signed off on.