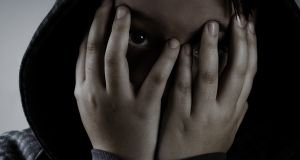 A teenage boy who is ‘too dangerous’ for care in Ireland remains without a secure placement, according to a report published on Monday. File photograph: Getty Images/Vetta 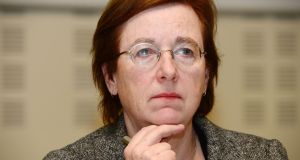 A teenage boy who is “too dangerous” for care in Ireland remains without a secure placement, according to a report published on Monday.

The case, described as an “incredibly serious matter” and “urgent” when it came before the High Court last year, is one of 16 published in the latest volume from the Child Care Law Reporting Project.

The teenager in the ongoing case was refused admittance to a secure detention centre in Ireland because his behaviour was “too serious for secure care”. Despite immediate and long-term psychiatric therapy being recommended by a professional who assessed him three times in 2017, the boy remains in a non-secure residential placement with no therapeutic input.

Two weeks after the case first came before the court last year, the Child and Family Agency (CFA) said that suggested placements in England were unsuitable and other jurisdictions may have to be looked at. There were ongoing “concerns about his wellbeing and the wellbeing of society at large”.

The judge said: “The placement he’s in is a temporary placement, a put-together placement . . . There’s no therapeutic input. He’s not going to [mental health services], the proposed solution in the UK hasn’t come much closer, and this State and the combination of states would appear not to be in a position to meet his needs.

“Over the last 25 years it is constant, and children with a particular presentation have no facilities in this State to meet their needs,” the judge said.

The case was not resolved when it returned to court earlier this month.

Eight of the reports track cases coming repeatedly before the High Court. They concern the protracted efforts of parents, foster parents and guardians ad litem (persons appointed to represent the best interests of a child in court) to get the placements and services that seriously disturbed and troubled children need.

A number of contested cases involving allegations of child sex abuse, are reported. One involves the alleged sexual abuse of two young children by 11 named individuals in the presence of their parents.

Dr Coulter said the reports were very long, “but we hope they will assist professionals and policymakers in understanding the difficulties they throw up, particularly the lack of a national system for the robust diagnosis of child sex-abuse, the lack of co-operation between the criminal justice system and the child protection system, and, the need for timely therapeutic support for the child victims.”