Board ousted at therapists’ group as spending questioned

Oustings come after revelation IACP spent €53,000 on committees in first half of year 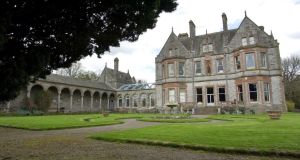 Irish Association for Counselling and Psychotherapy board meeting at Castle Leslie cost of €1,500. Photograph: Alan Betson

None of the serving directors of the Irish Association for Counselling and Psychotherapy (IACP) who stood for election at its recent general meeting were successful in holding on to their positions.

The oustings come in response to concerns by members of the association about the level of spending on holding committee meetings and attending conferences including several abroad.

All nine people who opposed the directors at the October 21st meeting in Kilkenny were elected, including former IACP chairmen Damian Davy, Ray Henry, and Seamus Sheedy and former chairwoman Bernadette Darcy.

A motion of no confidence in the IACP board that was due to be discussed at the meeting was withdrawn to avoid bad publicity, The Irish Times understands. It is understood the meeting lasted for seven hours.

The largest counselling and psychotherapy association in Ireland, IACP was set up in 1981 and is a registered charity with some 4,200 members in the State.

The no-confidence motion arose from claims of a lack of financial transparency at the association and was supported by three of its former chairs.

A Facebook post on a “Therapists for Change” page, signed by former IACP chairmen Mr Henry and Gillford D’Souza and former chairwoman Ms Darcy, strongly criticised the way the association conducted its affairs. The post has since been removed.

The Kilkenny general meeting was told that spending on IACP committees last year was €73,000 and €53,000 in the first six months of this year, The Irish Times has learned. The figures include mileage, food allowances, and hire of hotel rooms. Total committee expenses in 2015 were €35,000.

The meeting was told that early last year it was decided to bring mileage for volunteers into line with the middle band of civil service rates which, effectively, doubled the mileage rate for all volunteer committee members.

It was told that a board meeting was held at Castle Leslie in Co Monaghan on March 30th last at a cost of €1,500, which included room hire, bed and breakfast (at €130 per person), teas/coffees and dinner.

A two-day meeting at the Ballymascanlon House Hotel on August 11th last cost €1,600.

The IACP was represented by its chief executive and a board member at the European Association for Counselling annual meeting in Athens last April at a cost of €1,000; attendance by its chairman, vice-chairwoman, and chief executive at the American Counselling Association (ACA) conference in San Francisco last March cost €6,900. This latter trip included flights and accommodation for the seven-day meeting. One board member and a committee member attended an ACA conference in Washington last May at a cost of €2,000 for flights and accommodation. IACP attendance at an ACA conference in Montreal, Canada, in February 2016 cost €3,500.

There were two other IACP business trips in 2017, one to negotiate an Erasmus initiative with the University of Malta and another with the Australian Counselling Association chief executive in Bologna, Italy, to sign a full reciprocity agreement for IACP members to work in Australia.

The Kilkenny meeting was told the IACP yearly budget for foreign travel and conferences is €25,000, which is four per cent of total organisation spending and that the €23,000 spent in 2017 was within budget.