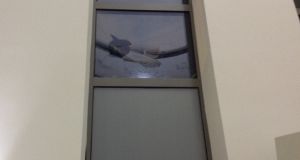 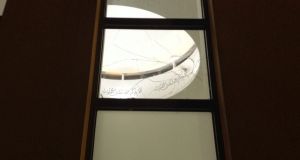 Church leaders in Ireland have offered support to Muslims in the country after stone-throwers attacked a mosque.

One window in the Masjid Maryam mosque in Galway was smashed as about 100 people gathered for prayers for Ramadan on Monday night.

Leaders of Catholic, Anglican, Methodist, Presbyterian and Quaker congregations in the city issued a joint statement to condemn the incident.

“We unequivocally and without hesitation condemn the recent malicious, unprovoked attack on Masjid Maryam Mosque, ” they said.

“This attack serves to further our resolve, and the resolve of our faith communities, to work and pray to ensure that these relationships are further deepened.”

Imam Ibrahim Ahmad Noonan responded to the stoning by saying he is committed to weeding out extremists.

He said there is an onus on imams to be more proactive in checking members of their congregations for radical leanings and called for all imams to be vetted by authorities, including checks for potential links to extremism.

Canon Michael McLoughlin, the Catholic Diocesan Administrator for Galway, Church of Ireland Archdeacon Gary Hastings, Rev Helen Freeburn, representing the Methodist and the Presbyterian churches and Richard Kimball, of the Religious Society of Friends in Ireland, offered the Imam their “full and wholehearted support”.

They also extended it to the Ahmadiyyan Muslim Association of Ireland and to “our Muslims brothers and sisters here in Galway and throughout Ireland”.

“In an increasingly secular world, we look forward to further strengthening our bonds of co-operation, friendship, respect, prayer and peace,” they said.

Two males, believed to be in their late teens or early 20s, were seen running from the mosque following the stone-throwing.

There is CCTV footage of the attack.

The Imam, who was born in Waterford, raised as a Catholic and converted to Islam 26 years ago, said he is considering asking some women and children to stay away from the mosque for a few days for safety reasons.

“Everyone was quite shaken, including myself, and quite upset that it happened while we were praying, especially the ladies and children,” he said.

“It’s a kind of realisation - we all linked this to what happened in London.”