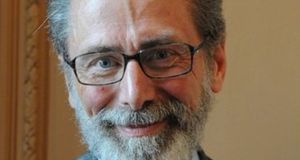 On May 23rd, King Harald V of Norway, will present the Abel Prize to French mathematician Yves Meyer. Each year, the prize is awarded to a laureate for “outstanding work in the field of mathematics”. The award is comparable to a Nobel Prize, and is named after the exceptional Norwegian Niels Henrik Abel, who, in a short life from 1802 to 1829, made dramatic advances in mathematics. Meyer was chosen for his development of the mathematical theory of wavelets.

In the early 1980s French engineer Jean Morlet proposed a powerful new way of analysing seismic data to find oil. The oil industry showed no interest, dismissing his proposal with the blinkered response “if it were true, it would be known already”. So he published his ideas in a scientific journal. Yves Meyer came across Morlet’s article and immediately recognised the potential of the method, which later came to be known as wavelet theory.

About 200 years ago, Joseph Fourier showed how an arbitrary function or signal could be broken down into a sum of simple components called sine waves. As with Morlet’s idea, the initial response to Fourier’s method was cool, but its enormous utility soon became evident, and Fourier analysis has become perhaps the most powerful and omnipresent technique in applied mathematics.

A difficulty with Fourier’s approach is that while sine waves are infinite in extent, many signals are restricted in time. For example, a musical composition is made up by combining short sounds of different frequencies. In the Fourier transform, the sinusoidal components, which extend over the full dimension of time, must cancel exactly throughout the entire infinite period before the music starts and the eternity after it ends. This makes us question whether such sinusoidal functions are really suitable.

Can we find functions that are more in sympathy with the time-bounded nature of the musical composition? This is where wavelets enter the frame. A wavelet, as the name suggests, is a little wave, oscillating but confined to a narrow time interval. We might think of wavelets as mathematical atoms and of functions as molecules. Then wavelet analysis is the partitioning of functions into their atomic components.

The wavelet transform has the beneficial features of the classical Fourier transform, but is free from some of its drawbacks. Wavelets automatically adapt to the different features of a signal, using a small window or width to look at short time high-frequency aspects and a large window for long-lived low frequency components. As Meyer puts it: “You play with the width of the wavelet to catch the rhythm of the signal.”

Morlet used wavelets to solve a specific problem, while Meyer developed the idea into a comprehensive mathematical theory. Meyer was born in Paris in 1939 and grew up in Tunis. In 1957 he moved back to Paris to study, and he is currently emeritus professor at the École Normale Supérieure, Paris-Saclay. Following Meyer’s work it became clear that a multitude of wavelets, each suited to a particular range of problems, could be constructed.

Digital data is everywhere, and acoustic and video signals are often localised both in time and in frequency range. Wavelets, which are also localised in time and frequency – or space and scale – are exactly what is required for analysis of such data. Wavelets are now crucial to data compression, noise reduction, medical imaging, fingerprint archival, and digital cinema. Wavelets are also useful in solving the partial differential equations that arise in many practical areas such as weather prediction.

Wavelet theory is at the interface of mathematics, information technology and computational science. It is an excellent example of how a purely mathematical theory often becomes important and useful in real-world applications.

Heavy rain forecast for Monday night may lead to flooding, forecaster warns 22:02
All faith communities call for public worship to be allowed if Level 3 introduced next week 21:49
Pensioner tells how his life has become a hell since son-in-law attacked his family 21:41
Family of woman who died in road collision settles court action for €550,000 21:23
Former minister for housing backs co-living ban 21:18