Winning the battle against Anorexia

William Reville: Although anorexia has the highest mortality rate of any mental illness, the statistics are encouraging 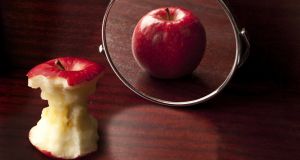 Many people with anorexia see themselves as overweight, even though they are clearly underweight. Photograph: iStock

Anorexia nervosa was first systematically described and named in 1873 by Sir William Gull, physician to Queen Victoria. It is a serious eating disorder, mainly seen in teenage girls and women in their early 20s, characterised by a pathological fear of weight gain leading to faulty eating habits, malnutrition and excessive loss of weight.

The term anorexia nervosa has both Greek and Latin roots: an meaning no, and orexis meaning appetite, both from Greek, and nervosa from Latin, meaning nervous – in other words, loss of appetite due to psychological reasons. The latest research is discovering changes in the brains of those who suffer from anorexia compared with normal brains.

Anorexia affected two million people globally in 2013. In western countries anorexia occurs in 0.9-4.3 per cent of women and 0.2-0.3 per cent of men (10 times more frequently in women) at some point in their life. Anorexia has the highest mortality rate of any mental illness – about 5 per cent of those afflicted with anorexia die from malnutrition – but anorexia can be successfully treated. The Mayo Clinic has published a useful overview of causes, symptoms, and treatment of anorexia.

Biological, psychological and environmental factors contribute to cause anorexia, but much remains to be learned about the precise causes. A hereditability rate of 28-58 per cent is estimated for anorexia and the anorexic brain is physically different to the normal brain.

Some emotional and cultural factors may contribute, including obsessive-compulsive personality traits that make it easier to maintain a spartan diet despite being hungry, an exaggerated drive for perfection or high anxiety that is relieved by dieting.

Western culture idolises thinness, and peer pressure fuels desire to attain thinness. Many people with anorexia see themselves as overweight, even though they are clearly underweight.

The chances of relapse are significant

The wiring in the reward centres of the anorexic brain goes askew. Reward centres process the good feelings we get when we eat, receive a compliment and so on. Studies suggest that people with anorexia become more sensitive to the rewards they receive when they restrict how much they eat. Recently a study by Guido Frank and others in the American Journal of Psychiatry, online February 24th, 2017, showed that even after successful treatment of anorexia the brain continues to have an “elevated reward centre” compared with the normal brain. The chances of relapse are therefore significant.

Anorexia can have numerous complications and, at its most severe, may cause death. Death may be sudden, precipitated for example by irregular heart rhythms or out-of-balance electrolytes, such as sodium, potassium and calcium, which maintain bodily fluid balance. The malnutrition resulting from severe anorexia may damage every bodily organ and this damage may not be fully reversible even when the anorexia is brought under control.

People with anorexia also commonly suffer from other psychological disorders, including mood disorders such as anxiety and depression, personality disorders, obsessive-compulsive disorders, alcohol and substance abuse.

Psychotherapy is the only evidence-based treatment for teenagers with anorexia

The first goal of treatment is to return to a healthy weight. Psychotherapy is commonly employed. This is the only evidence-based treatment for teenagers with anorexia, mobilising parents to help the teenager with eating and weight restoration until the young person can make good choices for herself or himself. Cognitive behaviour therapy has been shown to help adults with anorexia. Although anorexia is difficult to cure, the statistics are encouraging – half of all females with anorexia achieve full recovery, and 20-30 per cent achieve partial recovery. Treatment is most successful when intervention is started early.