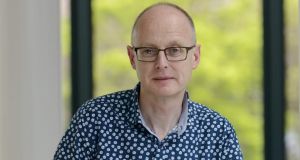 Geneticist Prof Kenneth Wolfe of UCD, who has been elected a fellow of the Royral Society.

A genetic scientist based at University College Dublin has been elected a fellow of the Royal Society in recognition of his scientific research.

Kenneth Wolfe is professor of genomic evolution at UCD’s School of Medicine and Conway Institute.

His election recognises a major contribution towards how scientists think about evolution.

Prof Wolfe studies how groups of genes, known as genomes, and chromosomes that carry genes in the cell are organised – and how they came to have the structures and characteristics they have today.

His group discovered the genomes of many species became completely duplicated during their evolution, doubling the number of genes they contain.

There are only five other fellows of the Royal Society in Ireland. Prof Wolfe is the first scientist to be elected from University College Dublin since Edward Conway in 1947. Fellows include many of the world’s most distinguished scientists.

“I’m honoured, surprised and delighted. It’s recognition from the scientific community that the work we’re doing is important and of the highest quality,” he said.

“It is also an acknowledgment that the approach I’ve taken, which is a traditional single-investigator curiosity-based type of science, that doesn’t require a huge consortium or huge equipment, is a good way to make discoveries.”

He thanked Science Foundation Ireland (SFI) and the European Research Council for their funding support over many years.

UCD president Prof Andrew Deeks noted: “Membership of the Royal Society is one of the greatest accolades a scientist can receive from their peers, and I am very pleased Prof Wolfe has been judged worthy to join such an illustrious group. His election is further confirmation that the quality of the research at UCD is equivalent to the very best anywhere in the world.”

He was one of the first “principal investigators” supported when SFI was established in 2001.

Current fellows include Jocelyn Bell Burnell, Richard Dawkins, Stephen Hawking and Tim Berners-Lee and the society is dedicated to promoting excellence in science.