Why does Easter keep changing dates? 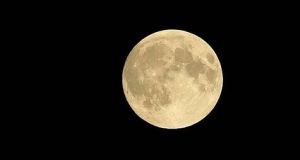 The lunar months that “lost” a day became 29 days rather than 30, and were known as occasions of “saltus” or jumps

This week, perhaps without knowing it, you are experiencing a medieval resolution to a conflict between the lunar and solar calendars.

The “moveable feast” of Easter occurs relatively late in the solar calendar this year. The reason that the date moves each year is because medieval Christianity sought to align the holiday in time as closely as possible with the Jewish feast of Passover but not to base its calculation on the Jewish calculation for the date of Passover.

The church also decided that Easter should occur on a Sunday which added another layer of complication.

The lunar calendar is composed of 12 months made up of 29 to 30 days each, following the waxing and waning of the moon. However, this calendar must be adjusted periodically because it is shorter than the amount of time it takes the earth to revolve around the sun (the solar year).

The adjustment is made by adding an additional month. If this additional month was not added then the relationship between the months and the seasons would eventually be broken as the lunar year, and the solar year would drift further and further apart.

The feast of Passover celebrates the exodus of the Jews from Egypt which occurred in spring, and therefore the Hebrew lunar calendar must be adjusted to ensure that Passover always occurs in spring. The Christian feast of Easter was supposed to occur after Passover. However, to further separate Christianity and Judaism, the relationship with Passover was replaced with a rule to celebrate Easter on the first Sunday after the spring (vernal) equinox.

What predominated was a cycle of 84 years that managed to reasonably compensate for the difference between lunar and solar cycles. Over a year the difference was 11 days, so over 84 years it was 924 days.

The “computers” could calculate the date of Easter by adjusting the lunar year to align with the solar year through periodically inserting 31 full months into the lunar cycle over 84 years and then subtracting a day from six of these months. The lunar months that “lost” a day became 29 days rather than 30, and were known as occasions of “saltus” or jumps.

However, predictions based on these compromises were never going to be completely accurate. A solar year, if defined as the time it takes to go from one spring equinox to the next, is not 365 days but 365.24219 days. So the calculation would have a small error that would grow larger over time, eventually making the date incorrect and bringing the observed astronomical cycle of the moon out of alignment with the calendar month.

Ireland and Britain had their own tradition of computistics, as the science of calculating the date of Easter is known. In the 7th century the Irish were reported to be celebrating Easter on a cycle that was different from that of Rome. Thus Easter in Ireland was not the same day as Easter in Rome, and before 630 Pope Honorius wrote to the leaders of the Irish church asking them to change their calculations to match those of Rome.

This alteration was apparently accepted by the southern Irish church at the Synod of Magh Lene in 630. This was not accepted by the northern church, however, and the controversy continued for some years after.

Computer: a person who calculates the date of Easter

Lunar month: 29.5 days, a cycle from new moon to the next new moon

Epact: the difference in length between the lunar and solar year; also refers to the age of the moon on the first day of the year

Intercalary: a number of days inserted into the lunar year to bring it into alignment with the solar year

Saltus lunae: the “jump” of the moon; refers to the dropping of days from lunar months over a cycle of years

1 Spread of coronavirus triggers European travel curbs
2 Why Sinn Féin will not call the State by its name
3 Brazilian father to be deported days after daughter’s birthday
4 What evidence is there that the IRA still controls Sinn Féin?
5 Divisive Leitrim rape case raises questions about future trials
Real news has value SUBSCRIBE