Is humble yeast the next new wonder product? 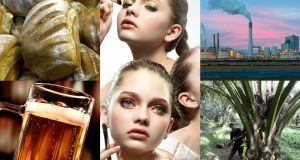 Yeast is well known in bread-making and brewing, but scientists believe it could form the basis to replace products such as plam oil, petrochemicals and cosmetics. 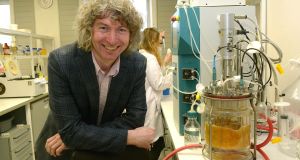 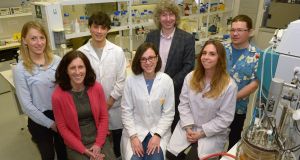 A new kind of factory is on the way, not one with walls and smokestacks but one that grows in a tank. These biology-based factories could become very important, producing anything from aviation fuel to plastics and nutritional products to new kinds of beers.

The factories in question are yeasts, an organism we are already well familiar with in the world of brewing and bread-making. But yeasts can also be used to produce a wide range of products provided they can be reprogrammed to deliver them.

This is the goal of a four-year €6.3 million EU-funded research project being led by University College Cork. It includes 10 partners, UCC and Irish spin-out UCC Academy along with scientists and companies in Germany, Sweden, Netherlands and France.

The UCC proposal for a yeast factory study performed particularly well during the EU selection process. It ranked third out of 80 competing proposals and only five projects were funded in the end.

The highly interdisciplinary approach and the wide range of potential applications would have helped sway the international judges.

The plan is to push yeast engineering to a whole new level, says Dr John Morrissey, a senior lecturer in UCC’s school of microbiology who is co-ordinating the project.

It can take tens of millions of euro over a decade to deliver a product using modified yeast, he says. “We hope to do this for less than a million within three or four years. We really want to speed up the delivery of new cell factories, shortening both time and cost.”

The team in Ireland will play a major role in the research effort with its €1.3 million share of the budget.

“The idea is yeast can be used to produce lots of high-value molecules with diverse applications,” he says.

There are two main areas of interest including fatty acids, which have lots of applications in nutritional products and cosmetics and in plant derived substances.

“There are some known molecules from plants that can be difficult to produce. Some have anticancer activity and other benefits but you can’t make enough of them to study,” he says.

“In this project we will discover the plant’s own pathway for the molecule and then put this into the yeast cell factory. It gives us the potential to produce molecules at commercially sustainable levels.”

The project arose out of earlier research funded through the EU’s Marie Sklodowska-Curie actions. Dr Morrissey co-ordinated that project and realised there was potential to expand it into a large-scale consortium, with sufficient research capacity to advance the science of yeast as factory organisms.

“The big problem is yeast cells have carefully balanced metabolisms for their natural habitats. The challenge is to reprogramme them so they produce the products we want. That is where a lot of the science is coming in,” he says.

Advances in the genetics area will help and the interdisciplinary nature of the consortium. There are experts in mathematical modelling so that theoretical yeast cells can be put through their paces before being developed. There are biochemists and microbiologists to work on modifying the organisms and the use of artificial genetic constructs will play a part.

“Synthetic biology will be a key technology that is important here. This is an application that really does benefit the consumer and society,” Dr Morrissey says.

Then there is the powerful Crispr tool used to insert modified genetic material with pinpoint accuracy. This is already widely used and allows genes to be added deleted or modified.

Scientifically, this project will bridge the gap between mathematical modelling and synthetic biology, he says. The modellers can either suggest modification of the yeast genome to achieve a useful trait or to predict how the organism’s metabolism might alter after a genetic change.

“We know how the metabolism looks but if you change one thing, the system changes, the cell compensates,” Dr Morrissey says. “We will study this on a computer model and decide how to do this. The model will instruct us on what the best engineering approaches are.”

Yeast production may provide an important substitute for petrochemicals, replacing many of the ingredients currently sourced from oil or provide a replacement for palm oil. Yeasts can also manufacture precursor molecules for the supply of aviation fuel, he says.

Yeast is very good for the development of new flavours, something that Dr Morrissey believes will emerge from the research “for sure”.

The great advantage with this approach is yeasts are readily available and the products made come from renewable sources.

Yeast factories have potential in drug production, in food ingredients and nutritional content, as biofuels and in cosmetics.

If scarce but promising chemicals, say, with antibiotic properties or some other benefit are identified, yeast can be used as a way to ramp up production to increase the supply for study and potentially for production.

Of course the organism will never lose the important role it plays in beer and wine production and in bread-making.

And involvement of these traditional products gives yeast a “presumption of safety”, he says. There are no allergens present to cause harm to anyone making use of yeast-factory products.