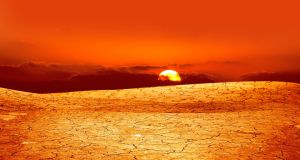 Global warming: 50 per cent of the public think the Earth is getting warmer mainly because of human activity while 87 per cent of scientists do

Considerable effort is expended on the public promotion of science nowadays, but how effective is it?

One measure of effectiveness would surely be a high level of agreement between the positions held by scientists and those held by the general public on the same scientific topics.

This measure of effectiveness was most recently assessed in America by the Pew Research Centre (PWC), an independent think-tank.

The results show a big gap between the positions held by scientists and by the adult public.

The scientists involved in the survey are all members of the American Association for the Advancement of Science. PWC asked the scientists and adult public for their opinions on 13 propositions.

As a scientist, I find these results quite disappointing.

Despite all the scientific evidence presented in the public media that human activities are warming the Earth, half the adult population doesn’t believe the scientists.

And one-third of the adult population does not believe in the importance of vaccinating children.

It is also very disappointing, indeed amazing, that one third of American adults do not believe in evolution – this statistic is presumably explained by the significant influence of fundamentalist Christianity in the US.

And two thirds of American adults don’t believe it is safe to eat genetically modified food despite scientific consensus to the contrary.

Large-scale efforts by the scientific community to communicate science to the general public began around 1980.

It was hoped that explaining the science behind various science-based technologies eg, nuclear power, would dispel public distrust about these issues, but this early public education effort had little effect on public attitudes.

The sociologists recommended an alternative model of science communication – scientists should dialogue with the general public rather than strive to eradicate a public knowledge deficit.

This dialogue model has been used since about 2000 but doesn’t seem to work any better than the original deficit model.

I think scientists agreed too readily with the sociologists. No sensible public debate about science-based technology is possible unless all parties have a basic scientific understanding of the process under debate and accept objective evaluation of any risks involved.

When public understanding of basic scientific facts is lacking, as often happens, we have a public knowledge deficit and this can be remedied only by good explanations by scientists.

This is an essential and sensible use of the deficit model of science communication.

After that, scientists can dialogue and debate with the public but, before that, scientific facts are a matter for explanation, not debate.

William Reville is an Emeritus Professor of Biochemistry at UCC.