The vastness of mathematics: No one knows it all 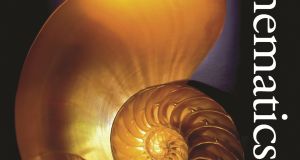 The Princeton Companion to Mathematic has articles on the origin of mathematics, its historical development and the main branches of the subject.

No one person can have mastery of the entirety of mathematics. The subject has become so vast that the best that can be achieved is a general understanding and appreciation of the main branches together with expertise in one or two areas.

In the sciences, old theories fade away as they are replaced by new ones. The older theories are then of interest mainly to historians of science. Mathematics is different: a theorem once proved remains valid forever. Occasionally, unifications are found, connecting disparate topics and embracing many old theorems in one more general result. But, overall, the body of mathematics expands inexorably.

An idea of the vast scope of mathematics can be gained by leafing through The Princeton Companion to Mathematics, an extensive overview of pure mathematics published about 10 years ago. The Companion has articles on the origin of mathematics, its historical development and the main branches of the subject. There are 100 essays on key mathematical concepts such as The Axiom of Choice, Cardinal Numbers, Dynamical Systems, Hamiltonians, Manifolds, Modular Forms, Wavelets and, ending like Finnegans Wake where it begins, with The Zermelo-Fraenkel Axioms.

The Companion also includes brief biographical sketches of 100 leading mathematicians. Although history is not neglected, the focus of the book is modern mathematics. In its over one thousand pages, it makes clear the utter impossibility for any single person to master the full range of mathematics. Even the titles of some branches are daunting.

The authors include some 130 of the world’s best mathematicians and, although selective rather than comprehensive, the book gives a good indication of the topics that are occupying the minds of leading research mathematicians today. This award-winning book also conveys the beauty and depth of modern mathematics. The final section includes an article, “Advice to a young mathematician”.

The Companion confines itself to what is commonly called “pure mathematics”. It is concerned with the subject itself and does not discuss the many applications of mathematics in any depth. This omission was deliberate, as the scope of mathematics is already so broad that it requires a large compendium to give even an outline of the major branches and central topics. However, the applications are of great interest, so a “companion-to-the-companion” was published in 2015.

The Princeton Companion to Applied Mathematics, also 1,000 pages in length, describes what applied mathematics is about and reviews some of the main themes of current research. Once again, an exhaustive treatment is impossible, but a general coverage, conveying the excitement and importance of the subject, is achieved.

The tension in mathematics between expansion and unification is ongoing. A topic of great current interest is the Langlands Program, a series of major, potentially far-reaching, conjectures about intimate connections between geometry and number theory. Perhaps this will lead to another grand unification, but only time will tell.