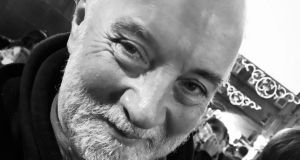 Dave Fahy worked on a number of science events including EuroScience Open Forum/City of Science in 2012, Festival of Curiosity, Sci:Com and Schrodinger at 75

Last month, Dave Fahy died. The shock spread across a wide network of colleagues who had worked with the engineer and business professional on science-related events in Ireland in recent years. These include the EuroScience Open Forum (ESOF)/City of Science in 2012, Festival of Curiosity, Sci:Com and Schrodinger at 75.

Prof Luke O’Neill was academic programme chair for ESOF 2012, and that was how he first encountered Fahy, its director. “The then chief scientific adviser to the government, Paddy Cunningham, brought Dave in to work on ESOF, and within two minutes of meeting Dave, I knew we would work well together,” says O’Neill, professor of biochemistry at Trinity College Dublin.

“Dave had a marvellous, wry sense of humour, he knew how to handle the bureaucracy and politics of organising events and his people skills meant he could smooth things over. He didn’t sweat the small stuff.”

ESOF attracted several high-profile scientists to Dublin for the event, including geneticist Dr Craig Venter. O’Neill recalls how Fahy was charged with “minding” Nobel laureate Jim Watson on their way to Venter’s talk on how the “What is Life?” lectures that quantum physicist Erwin Schrodinger delivered in Dublin in 1943 had impacted the study of genetics.

Watson, who co-discovered the structure of DNA a decade after those lectures, was a key guest. But en route to the venue he took a wrong turn, and Fahy needed to chase him along O’Connell Street to haul him back. “They arrived two minutes before the talk started,” says O’Neill. “It was a close one.”

The power of doers

In the same year, Dublin’s City of Science programme stretched the usual boundaries, recalls Ellen Byrne, who worked on it with Fahy. “Normally the European City of Science is a week-long event for public engagement in science, but Dave and Prof Cunningham had it running for a year,” she says. “Dave managed to bring new participants in – art institutes, theatres, puppeteers – he really broadened it.”

Keen to keep the momentum going after ESOF/City of Science, Byrne and Vince McCarthy had the idea for Festival of Curiosity, an annual celebration of science, art and design. When they approached Fahy about it, he jumped right in.

“He gave us lots of advice and connected us with people,” says Byrne. “Then during the festival, he was the friendly face who would meet speakers at the airport. He was such a bundle of enthusiasm, he made sure they enjoyed their stay and got to where they needed to be. He was a doer.”

Broadcaster Jonathan McCrea also met Fahy at ESOF and was struck by his sense of excitement about science. A few years later, McCrea, who presents science programmes on Newstalk and RTÉ television, set up the annual science communication conference Sci:Com, and Fahy came on board.

“He was brilliant at advising and organising funding,” says McCrea. “He had a way of making difficult conversations easier and he had zero airs and graces about himself despite his many connections.”

While Festival of Curiosity and Sci:Com are annual events, last year Fahy was also involved in a one-day tour de force – Schrodinger at 75 – celebrating the 75th anniversary of the “What is Life?” lectures.

O’Neill was one of the organisers: “I knew Fahy was just the man to help, and he did. He got us into the National Concert Hall for the event, which made it something broader and more cultural. He really pushed for the speakers to include more women and younger speakers – after all, this event was about looking to the future. Without his participation it would not have gone as well. I will miss him as a dear friend and adviser. We have all lost a great friend.”