Our campaign to eliminate insects is self-destructive

‘People may never see orangutans but don’t want them to go extinct.That empathy isn’t there for insects’ 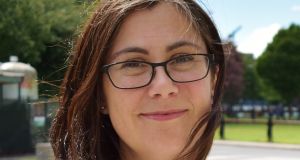 Prof Jane Stout: “Humans, since the second World War, embarked on an extermination programme for insects. We tried everything we could to kill them off, and it’s working.”

There are some 1.5 million insect species globally, many of whom perform tasks vital to sustain humans. Despite this, we treat insects as pests; enemies that must be exterminated. The campaign to eliminate them is working, but in doing so mankind and all life on earth may be also eliminated.

Whether it is a fly landing on a piece of cake, aphids sucking the sap out of our garden roses, or a spider innocently climbing the bathroom mirror, insects are considered pests – the only good insect is a dead one. But, given the range of vital roles they perform, such thinking might prove to be our undoing.

What’s more, when people think about wildlife they tend to think about large, attractive warm-blooded mammals, like ourselves, which we can most easily relate to. There are just 5,000 species of mammal, yet they attract more attention than “invisible/ugly” insects.

We worry about the possible demise of the bees and butterflies – the flower and crop pollinators and media darlings. But, we appear far less concerned for hundreds of thousands of other insect species around the world that perform vital ecological jobs, invisible to human eyes, and yet are also threatened.

Unlike mammals, insects are everywhere. They exist in every habitat, from the hottest desert to the most frigid tundra. Everywhere they provide “services” that are essential for the wellbeing of living communities in which they exist. Without insects, all ecosystems would collapse.

“If our communities aren’t functioning properly – ecologically – then they can’t get the services that we rely on,” says Prof Jane Stout, who is based at the School of Natural Science, Trinity College Dublin. “We won’t get the pollination, the dung recycling, we won’t get the decomposition services or the population services,” she adds.

Insects provide services that keep ecosystems functioning, says David Goulson, professor of biology at the University of Sussex and author of The Garden Jungle, a new book which describes how to encourage insects to live in a garden. “They [insects] are food for many larger organisms, they pollinate 75 per cent of crops, more than 80 per cent of wildflowers, recycle dung, and dead bodies.”

Somewhere in the region of 50 insects have gone extinct. The most profound change is likely to be in abundance; most insects are becoming much less abundant each year

Yet, despite their huge importance, the lack of empathy for, and visibility of insects, has left them vulnerable to our eradication efforts. “Humans, since the second World War, embarked on an extermination programme for insects,” Stout adds. “We tried everything we could to kill them off, and it’s working.”

“They [insects] are small, they mostly go unnoticed, and mostly when people notice insects it is because they are somewhere they don’t want them to be,” she notes. “People may never see orangutans, but they still don’t want orangutans to go extinct.That kind of empathy isn’t there for insects.”

Goulson suspects declines in insect populations began as early as the 1920s, with the beginnings of industrial agriculture. “Somewhere in the region of 50 insects have gone extinct,” he says. “The most profound change is likely to be in abundance; most insects are becoming much less abundant each year.”

Simon Leather, professor of entomology at Harpers Adams University in the UK, says solid data from Europe and North America shows insects are in decline. “A lot of [insect] groups have been shown to be in decline. Insects with aquatic larvae such as caddis flies, bees – both honey and otherwise – carabid beetles, butterflies and moths.”

The sense that the campaign of insect extermination is working has been heightened by recent media reports of what’s called “insectageddon” – a massive, irreversible global insect decline. If such fears turn out to be true, it threatens all per cent on earth.

Many ecologists are reluctant, however, to apply that term due to a lack of data. “Long-term data sets are relatively rare and do not start until after World War II,” says Leather. “So we have limited data about the state of insects prior to that date.”

There is widespread agreement among ecologists, however, that human activities – especially agriculture – have led to a situation today where insects have less places to live, have less food, have been exposed to excessive nitrates and agricultural pesticides, and suffered more pollution in the water and soil.

“We have destroyed vast areas of natural and semi-natural bio-diverse habitat – for example, hay meadows, downland and marshes,” says Goulson. “Much of this has been replaced by intensive farmland, subject to numerous pesticide applications each year with minimal biodiversity.”

It is difficult to assess how the estimated 11,000 species of insects in Ireland are doing, says Stout, because of the lack of trustworthy historical and contemporary records about insect species abundance and populations in Ireland. This means it is impossible to compare many insect numbers now with the past.

Again, however, the limited data that does exist suggests insect species are struggling here. “Of the species we know something about, between 7 per cent and 29 per cent are threatened with extinction – which is massive – and for most species we don’t know nearly enough,” says Stout.

The only way to properly assess whether insects are in decline, or not, she believes, would be to have reliable data sets to compare different years. This would require a continuous national insect monitoring programme to be set up.

The best information on Irish insects is on butterflies and bees. This is because of the data-gathering work done by citizen science surveys and the National Biodiversity Data Centre.

Certainly, the data on bees at home and across Europe gives cause for concern, says Stout. “There are 2,000 species of bee across Europe and 9 per cent of those are threatened with extinction. But over half of those species – they weren’t able to look at the risk of extinction because they don’t know enough about them.

“There have been a couple of major studies published over the last few years that have shown massive declines in insects from different parts of the world,” she adds. “This has attracted media attention, but they are all based on tiny, tiny data sets. For most insects, for most of the world, we don’t know enough. We are hugely data-deficient.”

I think we will probably lose at least half the species on our planet, maybe more, both big and small

A big fear that ecologists have is that insects may decline to a point past where the ecological systems upon which they are based cannot recover. Every ecological system has a tipping point, says Stout, but no one knows precisely where that is.

“It is the question that we are always asked by policy makers,” says Stout. “How far can we push this? It is really hard to predict where it is because ecosystems are very resilient, and they are also variable. We don’t really want to get to the point where we tip things over the edge.”

Goulson is not optimistic. “I think we will probably lose at least half the species on our planet, maybe more, both big and small.”

The unglamorous dung beetle is vital for “dung burial” and making sure the Irish landscape isn’t covered with livestock faeces. Their economic value has been studied in the UK.

“They are really important because as well as removing the dung from the vegetation – so that the vegetation doesn’t all die – it helps to reduce incidence of disease because you are not having diseases passed around by contamination with dung-splattered vegetation,” explains Prof Jane Stout.

The dung beetle is struggling at the moment probably because of exposure to medicines used in livestock, she says. “Some of these chemicals come through in the dung and that can have negative impacts on the insects that are living and feeding on the dung.”

An example of what happens when dung beetles are not around is given by John Finn, Teagasc researcher in biodiversity and farmland ecology. He tells the story of what happened when cattle were introduced to Australia along with European settlement.

“Native dung beetles in Australia were adapted to small dry pellets of dung from the indigenous marsupials – wombats, wallabies and kangaroos – and could not cope with the big, wet dung pats of cows non-native to Australia,” Finn points out.

“After a while, the cattle were knee-deep in it. The excess of dung was also a perfect breeding ground for flies. In a very famous species introduction programme, dung beetles from other parts of the world – mostly Africa – were introduced to Australia,” he adds.

These were adapted to large mammalian dung, and have done a great job in promoting dung decomposition. Moreover, dung beetles also help to aerate the soil and increase organic matter – so soil fertility benefits too.