The health advantages of green spaces in urban areas

There are numerous beneficial outcomes to living near greenery, especially if there are trees 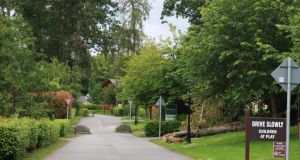 Green is good: a housing estate in Maynooth, Co Kildare, demonstrates the look of tree cover. Among other benefits trees can protect against air and noise pollution 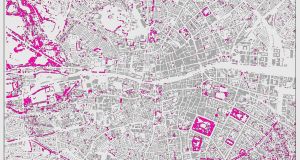 There is a justifiable push to build more housing, but this pressure should not ignore the benefits of greenery residential areas. Not only for aesthetic or biodiversity reasons. International studies are piling up that link greenness with better health.

This year, for example, research in the Journal of the American Heart Association tied reduced heart-disease risk to “neighbourhood greenness” among a quarter of a million older people in Florida.

A study at Yale University last year found green space protected against low birth weight in children, while UK research reported that moving to greener areas is tied to improved mental health. Scientists in Miami recently concluded that living in green neighbourhoods reduced the risk of Alzheimer’s and depression.

Prof Scott C Brown, an environmental scientist at the University of Miami, Florida, who carried out the Miami study, spent the past 16 years examining urban and suburban design and the health and wellbeing of residents. He started by looking at whether walkability in a neighbourhood was linked to better health in people with Medicare – the US public health insurance programme for those 65 and older.

“Much to our surprise the strongest and most consistent relationship in the database was between greenness and different health outcomes,” Brown recalls. Studies from Australia and Europe with even larger population sizes confirmed that there something special about greenness, especially trees.

“Greenness reduces the odds of obesity-related conditions such as diabetes and hypertension, and the odds of depression and even Alzheimer’s. Most recently we published a link between greenness and four different forms of heart disease,” Brown adds. Depression and heart disease showed the strongest statistical links.

“Tree canopy is associated with better health outcomes,” Brown says, matter-of-factly. The greenness score he uses, obtained from satellite imagery, is highest for trees. However, wealthier neighbourhoods, in the US as well as in Ireland, tend to be leafier.

Indeed, a University College Dublin study found that residents of Ballsbridge, Dublin 4, were up to 20 times more likely to have a tree on their street than those living in Dublin’s north city.

“The big differences are in tree canopies, stretching from the north inner city out to the southwest of Dublin, which have less trees, the historic dividing line between socio-economic levels in Dublin,” says Gerald Mills, associate professor and geographer, who led the study.

Studies of greenness and health strive to take into account this association between affluence and trees. When Brown did this for Miami-Dade county, he found poorer areas gained more from trees. “The relationship was strongest in lower income neighbourhoods, where benefits to health from greenery were about 50 per cent stronger than in middle or higher income neighbourhoods,” he says.

Encouraging tree canopies in public spaces may be especially beneficial. A 2015 study in Toronto, Canada, concluded an extra 10 street trees in a city block improved health perception comparable to an increase in annual income of $10,000 or being seven years younger.

Having 11 additional trees decreased cardiometabolic conditions such as diabetes equal to a $20,000 pay increase (higher income is tied to better health). There is now a social justice argument for ensuring lower income neighbourhoods have enough tree cover.

Moreover everyone can benefit from greener living spaces. “Giving someone medications or saying they should exercise only goes so far,” Prof Brown argues. “Planting trees and other green interventions may have a small benefit per individual, but can benefit millions of people because the built environment is ubiquitous and affects everybody.”

Multiple factors are cited to explain the health benefit of trees. Greenness may improve heart health, for instance, by boosting physical activity, social interaction, and air quality, while reducing stress and offering restoration from mental fatigue.

A Stockholm study last year reported that higher long-term exposure to greenness was linked to reduced waist circumference and belly fat in women. There seem to be intangible wellness benefits too. One of the first hints came from a 1984 discovery that US hospital patients undergoing gallbladder surgery with a view of trees recovered quicker and needed less pain medication than patients who looked out at a brick wall.

Trees can also protect against air and noise pollution. A Barcelona study revealed that primary school kids exposed to more greenness within and around their school had greater progress over 12 months in memory and attentiveness scores. The scientist put this down partly to protection against air pollution.

Dublin has yet to come up with a comprehensive plan setting out adequate levels of green space, with greenery today routinely competing against buildings. “I don’t think it has to be a trees or parks versus housing argument,” says Mills. “We should allow for the possibility of land being developed not for buildings, but for green space as part of the infrastructure.”

This is especially true in inner city areas, where people are increasingly opting to live, he adds. “Lots of people work in Dublin city centre, and there is a reasonable case to increase the green space for the working population, as well as people who live there,” says Mills.

People often talk about green roofs, but this is not a substitute for green infrastructure on the ground, he believes. “Green roofs tend to be quite thin. They will never compensate for green spaces at ground level”, whereas the deep root system of trees interacts with soil and with the atmosphere. “You cannot beat a good tree.”

“Take a walk on the north side of the docklands. I don’t see too many trees being planted there or many parks. Where people don’t have private green space, it is reasonable to install public green spaces in compensation,” he notes.

Increasingly, all this research shows it is important for authorities to consider more greenery, not just for aesthetics or biodiversity, but for public health too.