Opinon: Let’s not fool ourselves. I wish religion had been an ally of science – usually it was an opponent, and in most of the world it still is 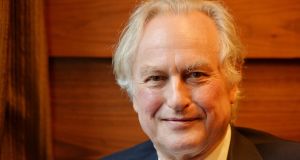 ‘Some critics of religion such as Dawkins (pictured) and Dennett do indeed point out, convincingly to me, that scientific explanations of the universe are reliable while religious ones are not.’ Photograph: Alan Betson

The relationship between science and religion has never been easy but it became much more difficult in Europe after Galileo discovered in 1610 strong evidence that the earth orbited the sun. His books were banned and he was imprisoned.

Prof William Reville (May 16th) discussed science and religion with the message that religion is good for us and science is not all it’s cracked up to be. He ends by advising that science should avoid “picking fights” with religion, which he says is a “friendly and powerful potential ally”. I was reminded of the Skibbereen Eagle warning in 1898 that it was keeping its eye on the Emperor of Russia. With Reville on the watch, science is less likely to step out of line.

Natural science is the study by the scientific method of the natural world, in which ideas are developed to explain it. Established theories, generally accepted as reliable, have enriched our cultural and material world and persuaded many of us to give up any interest in the supernatural.

Reville believes science intended to undermine religion. This effect of science, showing that religious belief is implausible, has never been an objective of science per se. I do not know of any reputable professional scientific society that has set out to eliminate religious beliefs. In 40 years lecturing on genetics, I never took the opportunity in my lectures to discuss religious beliefs – religion was simply irrelevant to my subject. Science is not however irrelevant to religion; it has indeed undermined its authority.

Science has made it difficult for many people to believe in dogmatic religion. I lost my faith because I was introduced at school to the theories of the atom and evolution – science made sense of the material world but religion quite the opposite. This effect of science recommends it to humanists such as myself.

There is a close affinity between science and humanism, well expressed in the Amsterdam Declaration of Humanists International [2002], paragraph 2 of 7:

I do not know of any religion that includes in its basic principles such an explicit recognition of the value of science.

Reville cites statistics that believers are growing in numbers and suggests this represents a failure of science – but need I say it again, science is not trying to get rid of religions, it is just a matter of what makes sense.

Some critics of religion such as Dawkins and Dennett do indeed point out, convincingly to me, that scientific explanations of the universe are reliable while religious ones are not. Was our universe created in six days or has it been forming for about 14 billion years? Was the universe designed or did it just evolve? Do apes and humans have a common ancestor, or did God create Adam and Eve? What is a virgin birth? What is transubstantiation? What is my soul? Do I live after death? The answers that I favour are just a matter of letting science speak for itself.

As part of his attempt to take science down a peg or two, Reville refers to the canard that some scientific studies are not reproducible. People beware – science is unreliable. But the correction of mistakes is science in action, a process in which scientists use the scientific method to show that other scientists are wrong or right.

Scientists face a problem in explaining the facts – political and indeed religious organisations and leaders often fail to deal well with scientific arguments. As a fine example of how to respond to science, Fr Sean McDonagh’s superb article (May 28th), on human devastation of the planet also shows how hard it is to persuade our leaders to listen to science.

But the scientific method has a way of winning out in the end. Scientists collected the evidence that humans are destroying our planet, they have proposed how to avoid total catastrophe, and I am hopeful they will be listened to.

Reville writes that science flowered in Europe because of the Christian concept of a universe created by a rational creator. Apparently, Copernicus, Gilbert, Kepler, Galileo, Newton and the others, who founded modern science, were guided by a rational Creator! Some no doubt did believe in a Creator – or at least in some kind of deity – that was hard to avoid in those times. But how in heaven’s name does Reville know whether this Creator is rational or not? Stephen Fry’s answersto Gay Byrne some years ago disposed of that possibility.

It is true that modern science flowered in Christian Europe but that was a coincidence. Science, including the work of Euclid, had disappeared from Europe for a 1,000 years. Then it re-emerged in the 16th century as a side-effect of the Renaissance. Greek, Roman and Arabic literature and science were discovered. The main route was from the Arab world where Greek and Oriental science had prospered while Christian Europe had been languishing in the Dark Ages.

Our ancestors were still using Roman numerals when the Arabs were carrying out brilliant work in arithmetic (with Indian numerals), geometry (following Euclid), trigonometry and algebra (which they invented). Science was not invented or promoted by Christian leaders – in fact when it reappeared it was bitterly opposed – they just could not stop it.

The Church had indeed preserved a literate culture relying on Latin – ancient Greek had been lost – and it did found the early universities. But the new science was not readily embraced. Lucretius was suppressed as well as Galileo and even Copernicus. Bruno was burned along with thousands of others. When science accelerated in the 17th and 18th centuries, it was largely in northern Europe, where churches had somewhat less power to control the way people thought.

So let’s not fool ourselves. I wish religion had been an ally of science – usually it was an opponent, and in most of the world it still is. Darwin knew his theory of evolution would provoke religious reactions and these still continue. The United States has a high level of religious fundamentalism (about 35 per cent) and ranks 33rd in the list of 34 OECD countries for acceptance of the theory of evolution.

In Ireland, biology was not on the Leaving Certificate curriculum until the 1970s – how could nuns teach biology with its sex and evolution? The debates on family planning, sexuality and reproductive health in Ireland have had to address religious beliefs that fly in the face of science. A fertilised egg is not a person.

Yes, science needs allies but it would be better to choose those who understand and accept the main discoveries and theories, and share those values that are at the root of humanism. I have found that religion is sometimes a friend and ally of science – there are and should be valuable interactions on moral and societal concerns, as argued by McDonagh.

But these are not possible with the kind of regrettably powerful religions that are growing worldwide and which Reville cites as part of his case that religion is succeeding and science is failing.