Will the Earth’s poles soon switch? And what would it mean?

The poles switch every few hundred thousand years. Opinion is split on the significance of this 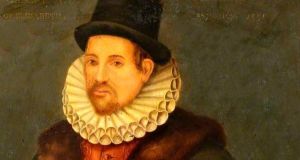 William Gilbert: his idea of the Earth as magnetic was widely accepted in scientific circles and had a great influence on navigation in particular

You may not be aware but the North Pole is moving. Scientists recently announced that the pole appears to be migrating faster, at about 40km-50km per year. The Earth’s magnetic poles switch, in the geological record, every few hundred thousand years. It is possible that this speeding-up of polar migration could indicate a switch will occur soon.

Nasa’s website tells us that such a switch will cause no more important effects than a market for new compasses while other scientists are predicting a more dramatic event when it eventually happens. The magnetic field protects the Earth from, among other things, cosmic radiation, and thus a significant weakening of the field could have harmful effects.

The gentleman who argued that Earth functioned like a large lodestone, with a magnetic north and south pole, was not a physicist but a physician – a lodestone is a naturally occurring magnet, made of the mineral magnetite. Dr William Gilbert, physician ordinary to Queen Elizabeth I and president of the Royal College of Physicians, was born in Colchester around 1540. He published his great work on magnetism (De magnete) in 1600.

Gilbert may also have been the first to use the word “electricity” (in the same book) to describe the attraction of light objects to an amber pole charged with what we now call static electricity.

Gilbert’s interest in magnetism probably related directly to the great period of European colonial expansion. Although the magnetic compass had been in use for centuries to assist sailors in navigation, a number of problems had been noticed. A compass did not always point to true north. Deviations became pronounced when a compass was used on very long distance voyages.

This deviation had been explained by faulty manufacture or the influence of things thought to affect the magnet, from garlic to spirits to stars. Some navigators even postulated the presence of magnetic mountains or islands in the ocean, which drew the needle of the compass away from north.

In De magnete Gilbert described conducting a wide range of experiments with lodestones, iron and magnetic compasses. Most significant for our understanding of the poles were his experiments with creating small models of the Earth out of lodestone. He called these “terrella” and he used them to observe what happened as a magnet was moved around the surface of the stone.

His observations led him to claim that the Earth itself functioned as a lodestone with magnetic poles. It was the magnetism of the Earth rather than some other force that moved the compass needle. He believed variations in the Earth’s surface might explain why the compass needle did not always point true north. What Gilbert did not know was that the magnetic poles moved constantly and this introduced the majority of variation.

Gilbert has been considered an early proponent of the scientific method for the way in which he described and pursued his experiments. He was an advocate of the Copernican theory of the universe, which he also examined in his book on magnetisim.

His idea of the Earth as magnetic was widely accepted in scientific circles and had a great influence on navigation in particular. Belfast-born scientist William Thomson helped to form the Gilbert Club in 1889, established to produce an English translation of De magnete for its 300th anniversary in 1900. They were beaten to the task by an American publication.

Several popularisers extended the influence of Gilbert’s work after his death in 1603 by providing English discussions of De magnete (published in Latin). Historian Ronald E McFarland has noted that Ben Johnson even produced a play (almost 30 years after Gilbert’s death) called The Magnetic Lady. Lady Loadstone in the play attracts the attentions of Captain Ironside while Mr Compasse directs most of the action. The play appears to acknowledge an understanding of the magnetic poles of the Earth as postulated by Gilbert, suggesting that an educated audience would have understood such an idea.

No one knows when the next flipping of the magnetic poles will occur but we are no less dependent on the magnetic earth for navigation today than people were in Gilbert’s time. And it’s not only humans: animals also navigate using magnetic fields. But our own Lady Loadstone has experienced many such flips in geological time, so we have to expect that life on Earth will continue.