Suicide: the best strategies attempting to counter this major problem

We have been surprisingly passive in Ireland in responding to issue 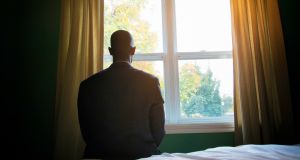 Suicide is a major problem in the modern world. Little progress was made for many years developing programmes to reduce suicide rates but encouraging advances are now reported – as described by Lydia Denworth in Scientific American last April.

One successful approach to reducing suicide rates is called dialectical behaviour therapy which can halve suicide attempts in certain populations but is too labour and time intensive to be feasibly used with all those at risk of suicide.

One major reason so little progress has been made to date in reducing overall suicide rates is that it is notoriously difficult to predict suicide risk at the individual level. However, great strides are now being made in this area. For example, machine learning has been applied to electronic health records, analysing thousands of potential risk factors.

A four-minute implicit association test that predicts how people think about suicide has also been developed. In this test the paired words “death” and “me” appear on one side of a screen and “life” and “not me” on the other side. Words related to each category then appear on the screen centre one at a time – “I”, “dead”, “survive” and “they”. Participants press a key to assign each new word to the words on the left or right of the screen. Then the pairing switches and “death” and “not me” appear on one side and “life” and “me” on the other. People who respond faster when “death” is paired with “me” are three times more likely to attempt suicide within six months.

When those at risk of suicide are identified, relatively simple interventions can prove successful. Denworth describes a technique called crisis response planning (CRP) where the suicidal subject is asked a series of simple questions in a 30-minute session such as “Tell me about the day you tried to kill yourself”; “How do you know when you were getting stressed out?” Next, self-management techniques, such as exercise, are identified, followed by reasons for living –“Tell me about what is good in your life”. Then the patient prepares a check list of emergency safety resources including a crisis hotline, therapist, etc. Those who undergo CRP are reportedly 76 per cent less likely to attempt suicide within six months then those receiving other treatments.

An app called Tec-Tec is also available from the App store. This matches suicide-related images (blood, knives etc) with aversive images (eg snakes). Trials have shown that a few minutes of interaction with this app per day reduces risk of suicidal behaviour.

It seems to me that we have been surprisingly passive in Ireland in responding to suicide. Annual suicides in Ireland have consistently exceeded road fatalities since 1987, eg in 2017 Ireland recorded 392 suicides and 157 road fatalities. These statistics should elicit intensive public focus on suicide, but they haven’t.

Also, a high male to female ratio is a consistent feature of Irish suicide – of the 399 suicides in Ireland in 2016, 318 were men. And Ireland has the fourth highest rate of teenage suicides in the EU with boys three times more likely than girls to take their own lives. Our society is selectively toxic to males, but this attracts little public comment. Would commentators remain so quiet if the suicide gender ratio flipped in the opposite direction?