Fear of contagion clouds our thinking about the transmission of HIV

How can we treat people fairly while reducing risk to others of contracting the disease? 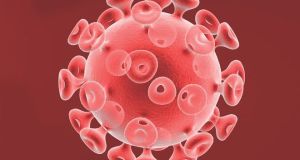 Someone diagnosed with HIV at age 20 is, with treatment, expected to live to 73.

There is no legal obligation on a person with HIV to disclose their status, nor is there a law that provides a specific penalty for knowingly transmitting the disease. For the second time this year, this legal situation is being tested in the courts. The defendant is accused of “recklessly or intentionally causing serious harm” by transmitting HIV to two separate sexual partners.

This raises serious questions about our understanding both of HIV the disease and of personal responsibility with regard to health. Is the contraction of HIV, now a treatable long-term condition, “serious harm”? Who is at fault for contracting a disease? What does fault mean? These are very difficult questions and have vexed societies for as long as contagious diseases have circulated them. Sexually transmitted diseases bring another layer of complexity as they also involve attitudes towards sexual activity.

An interesting thing happens in my history of medicine class when we talk about sexually transmitted diseases. The students veer between contradictory positions. On the one hand, they have no sympathy for the system of Magdalene laundries and lock hospitals that incarcerated women with suspected syphilis, often against their will.

The students say such a system was sexist and motivated by a tendency to blame victims of disease. When we talk about HIV, however, they advocate a different position. This year, one student suggested to the class that people who are HIV-positive should be placed on something akin to a sex offender register. Everyone should know about their status and have the opportunity to avoid them. A kind of walking, permanent, lock hospital.

When I try to point out that their sympathy with syphilitic women in the past seems in stark contrast to their fear of people with HIV in the present, they are confused. How did the person get HIV they ask? Because, they say, there are ways to get the disease that are your fault and ways that are not.

In the 17th century, when syphilis was still a new and poorly understood disease, some doctors blamed women for creating the disease in their own wombs. Kevin Sienna has unearthed a wide range of sources pointing the finger of blame at women, especially women who were too overtly sexual. The “pocky steams” of the prostitute or the unfaithful wife passed the disease to unsuspecting men; no one asked how the women got it in the first place.

In the 19th century, the Contagious Diseases Acts (1864 to 1869) attempted to stamp out syphilis by arresting and inspecting women suspected of prostitution. Women need not be caught in the act of soliciting sex, but only rumoured or accused. If the medical examination found symptoms of disease, the woman was confined to a lock hospital for treatment. Protests against the Act for how it treated women were immediate and loud and eventually it was repealed.

Yet societies continued to treat sexually transmitted diseases differently than other contagious diseases. Robert Koch identified the bacteria that causes tuberculosis in 1882. Transmission of the disease could be prevented by specific behaviours, including the isolation of contagious patients. Yet some public health advocates resisted efforts to make the disease “notifiable” to authorities for fear that social stigma would prevent victims from seeking treatment. While TB did carry a stigma and patients often spent months and years isolated in sanitoria, its victims elicited more sympathy than fear.

A fear of moral contagion clouds our thinking about the transmission of HIV today. Because the disease is most commonly passed through intravenous drug use and sexual intercourse, we consider it shameful and its victims at least partly responsible for their plight. But we do not distribute that blame equally: heroin addicts, African immigrants, the sexually promiscuous, prostitutes, and gay men have often carried a disproportionate amount of blame. No wonder that most people with HIV would rather keep their diagnosis a secret.

Someone diagnosed with HIV at age 20 is, with treatment, expected to live to 73. That means that there are many people living in our communities, partaking of all aspects of human life, who are HIV positive. How can we treat them fairly while also reducing the risk that others will contract the disease?