SciFest 2018 gears up for lift off 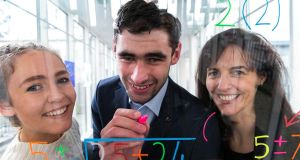 Second-level students across Ireland should put their skills in science, technology, engineering, and maths (STEM) to the test by participating in this year’s SciFest 2018.

That was the strong recommendation of Minister for Education and Skills Richard Bruton when he launched this year’s SciFest, which is the largest and most inclusive science fair initiative on the island of Ireland – it is funded primarily by Science Foundation Ireland, Boston Scientific and Intel Ireland.

Founder and CEO Sheila Porter said: “2018 marks 10 years since SciFest was first launched. In 2008 I could not have imagined how much SciFest would grow, and how successful it would become.”

Second-level students will showcase STEM projects at one-day science fairs held locally in schools and regionally in the 14 Institutes of Technology, DCU and St Mary’s College, Derry. Closing date for SciFest@College 2018 is Friday, March 9th, or Friday, May 11th, 2018, in the case of St Mary’s College.

The winners from each regional science fair compete at a national final in November 2018. The winner(s) of the SciFest National Final 2018 will represent Ireland at the Intel International Science and Engineering Fair 2019 in Phoenix, Arizona. Further details available at http://www.scifest.ie/