Are biologically based plastics a realistic replacement for petrochemical plastics?

As the world wakes up to the environmental scourge of plastic waste and the EU launches its first ever Plastics Strategy, Sylvia Thompson asks is there a role for biologically based plastics in packaging? 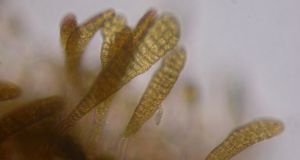 As environmental campaigners highlight the ecological damage caused to fish and birds (and ultimately humans through the food chain) by plastics made from petrochemicals, countries – including Ireland – are rushing to ban microbeads in cosmetics, single-use plastics such as drinking straws, plastic cutlery, plastic-lined coffee cups. There is also a push for deposit refund schemes for recyclable plastic bottles.

But as campaigns to limit single-use plastics grab the headlines, there are high volumes of other plastics in everyday use which remain difficult to recycle or once recycled into something useful like a park bench, remain on this planet forever and a day.

So why are we not hearing more about the potential for bioplastics to replace petrochemical plastics? Well, it’s complex. The idea of bioplastics has been around since the 1920s and some have been commercially produced since the 1970s. The difficulty to date is that plastics made from renewable plant-based materials such as starch cost more to produce than oil-based plastics in a market driven by a low tech, high volume commodity produced cheaply.

Prof Kevin O’Connor is the director of the Science Foundation Ireland funded Beacon Research Centre at UCD. There, researchers are studying the potential for waste products from marine and food processing industry to be used as feedstocks for bio-based and biodegradable polymers (the chemical structure of plastics).

Prof O’Connor believes the potential is huge for bio-based plastics even if they currently represent less than one per cent of the entire global production of plastics. “There are multiple companies producing both bio-based [derived from renewable sources but not necessarily bio-degradable] and bio-based biodegradable plastics [derived from renewable sources and bio-degradable] in the last five years and Ireland has potential to use by-products from the food industry to make both bio-based and biodegradable plastics.”

He brushes aside any controversy that bio-based plastics could compete for land used for food production. “If you were to look at the land required to satisfy all the demand for plastic, it would only use 10 per cent of agricultural land and if you consider the potential to use sidestream or by-products from the food industry, this issue doesn’t arise,” says Prof O’Connor.

Niche markets already exist for bio-based and biodegradable plastics from food and healthcare manufacturers keen to have green credentials. Larger companies such as Ikea and Lego are also showing interest. For instance, a foam made out of 100 per cent starch is already available for use as an alternative to polystyrene and in 2017, Ikea said it is considering using a fungus based biodegradable packaging instead of polystyrene to package its furniture. The packaging is produced by growing mycelium, the branched roots system of fungi, around clean agricultural waste such as corn stalks or husk and then dried. It has been found to biodegrade in gardens within weeks.

One pan-European project developing a bio-based biodegradable plastic has already caught the attention of Bodyshop. This project, Seabioplas, used sustainably cultivated seaweeds as feedstocks for biodegradable bioplastics from fish farms in Ireland and Portugal. Julie Maguire, a research biologist at the Bantry Marine Research Station in County Cork was part of the two-year study and remains involved in the market development of the bio-based, biodegradable plastic. “We made a few different types of plastic including a poly-lactic-acid (PLA) polymer from kelp. This PLA is a raw material for 3D printing machines. Growing seaweed around fish farms also absorbs carbon which prevents the eutrophication of waste waters and the left over proteins and lipids were trialled as an additive to animal feed,” explains Maguire. The industrial partners of the Seabioplas study are talking to plastic manufacturers about the possible industrial scale development of this bio-based, biodegradable plastic.

Companies such as Coca-Cola have already developed bio-based bottles to replace their petrochemical bottles. The latest Coca-Cola “plantbottle” was launched at the World Expo in Milan in 2015. Using patented technologies that converts natural plant sugars into ingredients for making polyethylene terephthalate (PET) bottles, it is derived from 100 renewable sources compared to a 2009 version that used 30 per cent plant-based materials. The key point here is that these bio-based plastic bottles can be recycled alongside petrochemical plastics – without the harmful hazing that occurs in recycling facilities when biodegradable bottles are mixed in with recyclable plastics.

In Ireland, the UCD spin-out company, Bioplastech, founded in 2009 by Prof Kevin O’Connor with Dr Ramesh Babu from Trinity College Dublin and Italian entrepreneur Enrico Altieri, is currently working with industry on prototypes for biodegradable adhesives for use in packaging.

Meanwhile, the Newtrients project, co-ordinated by the Environmental Research Institute at University College Cork (UCC) is looking at the potential to make a bio-based biodegradable polymer from dairy waste water. “Dairy processors are under regulatory pressure to carry out costly wastewater treatments to remove high levels of organic and inorganic constituents from carbon, nitrogen and phosphorous sources,” explains UCC microbiologist Niall O’Leary. “This project can capture and repackage inorganic and organic components in the wastewater to make a biodegradable polymer from bacteria and a high protein plant (duckweed) for use as an animal feed.” Having made the polymer in the laboratory, a pilot project in an industrial setting is imminent.

“The benefit of this process is that it uses a low-cost feedstock to get a low tech, high volume polymer which improves sustainability and competitiveness in the system because it uses up the waste water and provides an animal feed in the process,” says O’Leary. “The difficulty is that any sudden expansion in the production of bio-based biodegradable plastics would require careful consideration of the anticipated waste management route as the new EU Plastics Strategy cautions about their leakage into mechanical recycling plants,” adds O’Leary.

And while the first ever EU strategy on plastic released in January 2018 gives scant mention to bioplastics, an EU meeting with the National Science Foundation of China in 2017 promises Horizons 2020 funding of €5 million for a multi-partner project on the enhanced biodegradation of mixed plastic waste.

As some consumers turn against petrochemical plastics because of plastic debris, the Berlin-based European Bioplastics Association predicts the use of bio-plastics made from sugar cane, wood and corn will grow by 50 per cent in the next five years.

However, what many consumers don’t realise is that plastics made from renewable plant sources won’t necessarily solve the problem of plastic debris because over 50 per cent of bio-based plastics currently produced aren’t biodegradable and need to be recycled.

For a bioplastic to be less harmful to the environment, it needs to be both bio-based and biodegradable. Even then, it will often only be biodegradable at industrial composting facilities where temperature and humidity levels are high enough to decompose its constituents. If biodegradable plastic (either from petrochemical sources or plant-based sources) is put into recycling, it becomes a contaminant.