Apes can be lazy and never get fat. We can’t. How come?

Understanding the difference explains why modern lifestyles damage our health 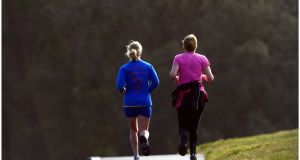 Our sedentary lifestyle, 5000 or less steps per day, is correlated with a spectrum of diseases; cardiovascular, diabetes and more. Photograph: Bryan O’Brien

As interesting as human evolutionary history undoubtedly is, one mightn’t expect it to be right at the cutting edge in producing insights of extraordinary current usefulness. But evolutionary anthropologist Herman Pontzer shatters this notion in a fascinating article in the January issue of Scientific American.

Pontzer explains how human bodies evolved to rely on high levels of exercise, unlike our closest living relatives the great apes. The startling implication is that modern sedentary lifestyle is corrosive to our health and general health in industrialised countries would vastly improve if we all simply took regular aerobic exercise.

Pontzer describes how the great apes – gorillas, chimpanzees, bonabos, orangutans – live lazy lives. They typically spend eight to 10 hours a day resting, eating and grooming and then sleep at night for nine to 10 hours. Chimpanzees walk only about 4km a day, gorillas less.

Humans are advised to take 10,000 steps daily for good aerobic health. We know that our sedentary lifestyle, many of us taking 5,000 or less steps per day, is correlated with a spectrum of diseases; cardiovascular, diabetes and more.

But the great apes are remarkably healthy despite their low levels of physical activity – levels that would make us humans ill. Their blood pressure does not increase with age, diabetes is rare and although chimpanzees have high levels of cholesterol, their arteries do not harden and block. And great apes mostly do not grow fat.

Although humans share some evolutionary history with the great apes, we clearly branched off from them on to a path that requires much greater physical activity for our bodies to function normally. Pontzer describes the fossil evidence that explains our strenuous way of life.

Our limb of the primate family tree split from chimps and bonobos about seven million years ago. Our early ancestors were anatomically adapted to live both on the ground and in the trees. But between two and four million years ago, anatomical changes allowed our ancestors to move much more efficiently over the ground in an upright manner. Their diet at that stage was primarily plants.

By two million years ago signs characteristic of human cleverness began to emerge – stone tools – and by 1.8 million years ago much evidence of butchered animal bones. A million years tinkering with tools and chasing meat pushed our ancestors away from the other apes and the genus Homo emerged.

Animal diet shapes the animals’ entire physiology and way of living. Species evolved to eat plants need neither move about much nor be very clever – there is no need to hunt grass. But eating meat requires much chasing of animals and cognitive sophistication.

Carnivores travel three times a day farther than the herbivores they hunt. Hunting animals calls for co-operation and sharing and made early humans very tightly knit. And hunting-gathering depends on gathering and sharing predictable plant foods because hunting alone provides only about half the calories necessary to sustain life.

Pontzer studies the modern Hadza hunter gatherers in Tanzania. They cover up to 14km a day on foot – up to 18,000 steps, ie up to five times more than the great apes – but surprisingly they burn no more calories per day than sedentary western people.

A mechanical engine is designed to run properly only when lubricated with oil. If the oil is never renewed the engine will malfunction and fail. Human bodies are designed to work properly only when they are exercised a lot. The simple but profound truth is that the health of the sedentary western world could be vastly improved by a device as simple and cost-free as regular exercise.