Scientists to receive €11 million funding for research in Ireland

Developing tools to identify most efficient cows among proposed projects 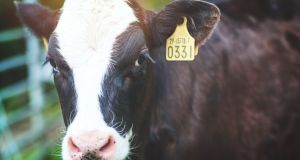 Dr Sinead McParland of Teagasc is to develop tools to help identify the most efficient cows in the national herd. Photograph: Getty Images

A total of 20 early-stage scientists are to benefit from Government funding totalling €10.8 million to pursue cutting-edge research in Ireland. Their work ranges from developing new cancer drugs to quantum computing to the pursuit of new forms of battery for use in electric vehicles.

The projects, based at 10 third-level institutions, will be administered under Science Foundation Ireland’s Starting Investor Research Grant (SIRG) programme, and support deployment of an additional 20 PhD students.

Minister of State Pat Breen said the innovative projects had significant potential to boost the economy and society, “and further solidify Ireland’s reputation as a world leader in scientific advancement”.

At an event in Dublin on Tuesday to announce the projects, SFI director general Prof Mark Ferguson said the SIRG process was playing a critical role in helping leading younger scientists establish their own research teams, notably in health, energy, materials and technology.

Dr Fiona McDonald of UCC outlined her planned research aimed at improving oxygen therapies for premature babies who are “rushed into the world unprepared, weighing less than a bottle of water”. This is with a view to reducing cases of too much or too little oxygen in their bodies, which can contribute to on-going health problems as they grow older.

Dr Sinead McParland of Teagasc is to develop tools to help identify the most efficient cows in the national herd leading to benefits for producers, processors, and consumers – while reducing their associated carbon emissions.

Dr Nick Payne of TCD said his work would focus on how temperature regulates the distribution of different species, notably fish. This would be undertaken in the context of a warming world, which was causing climate change.

Meanwhile SFI has also published its plan for 2019, backed by €188 million in Government funding; an increase of €16 million on 2018. It includes a new initiative for individual-led research; additional SFI research centres, collaborative partnerships attracting outstanding researchers to Ireland and enhancing international links with a view to Ireland international footprint in pursuing science.

A new priority will be to support individually-led research at all career stages, “by supporting both shorter, small-scale high risk projects as well as larger longer programmes”, Prof Ferguson added.

Review mechanisms are being changed “to support women and others currently under-represented in the research ecosystem”, including those returning to science, he said.

Already, there had been a doubling from 20 to 40 per cent of female applicants for SIRG grants. Limits had been placed on the number of applications that could be made by a particular institution and on male applicants, but the best projects were chosen, he stressed.

A number of joint appointments with UK institutions is imminent, he said – the highlight of 2018 in that regard was the appointment of quantum physicist Prof Seamus Davis to UCC’s Tyndall Institute and to Oxford University. It was the first in a series of world-class academic appointments, the SFI planned with a view to capitalising on Brexit and uncertainty in the US.

Projects to be undertaken by emerging scientists based in Ireland

– A study of premature babies, exploring the development of therapies using a novel protective dietary antioxidant intervention to ensure they get the right amount of oxygen (Dr Fiona McDonald, UCC).

– An exploration of the suitability of thyroid hormones in measuring iodine deficiency during pregnancy and its impact on infant brain development (Dr Aine Hennessy, UCC).

– Development of tools to identify the most efficient cows in the national herd leading to benefits for producers, processors, and consumers - and reduced carbon emissions (Dr Sinead McParland, Teagasc).

– Assessment of impacts of pollutants and novel materials in freshwater ecosystems to better understand them before they reach precarious levels (Dr Konstantinos Gkrintzalis, DCU).

– Development of next-generation batteries that can enable electric vehicles to travel further on a single charge and reduce reliance on lithium (Dr Hugh Geaney, UL).

– Use of new optical technologies to help sustain the growth of the internet, contributing to delivery of services such as ultra-high definition video and virtual reality (Dr Colm Browning, DCU).

– Development of a solution to simplify the processes underpinning the calculation power of quantum computers (Dr Gediminas Juska, Tyndall).