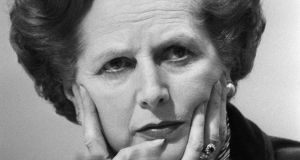 Margaret Thatcher may have famously survived on just four hours’ sleep a night, but newly released files suggest she may have made up for it by catnapping in the back of her official car.

Papers released by the National Archives in London show officials became so concerned she could suffer an injury if the Daimler was forced to brake while she was nodding off, they arranged for a custom-built headrest to be fitted to protect her.

In September 1987, Bob Kingston in No 10 wrote to inform her private office: “I am concerned that, when the PM dozes in the official car, the design of the headrests is such that, far from supporting her head and neck, they cause her head to drop forward. 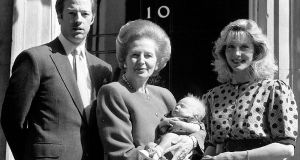 Margaret Thatcher A life in photos

“This is in itself hazardous, but when the car is braked or turned, or there is some other disturbance, she lifts her head very quickly, and this I am sure will one day cause at least minor injury.”

He added: “I told the PM of my concern at Chequers last weekend. She agreed to the matter of a better design of headrest being pursued.”

Previously disclosed records confirmed Mrs Thatcher’s penchant for power naps, revealing that she once fell asleep at a meeting with Garret FitzGerald. Her private secretary Charles Powell reportedly told the then taoiseach: “Just keep talking... I’ll write it all down.” - Additional reporting PA