Government suffers embarrassment of two Dáil defeats in a day 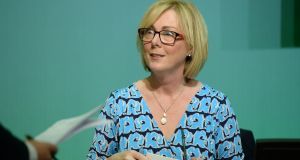 The Government suffered two defeats in the Dáil on motions about the pension anomaly and the extension of the Cork city boundary into the county area.

The Dáil accepted the Fianna Fáil motion calling for the reversal of changes in 2012 that resulted in 36,000 people, the majority women, receiving reduced payments.

In the Dáil on Thursday, Minister for Social Protection Regina Doherty said she would “guarantee” this would be done “in a matter of weeks” and she pledged to come back to the House for a discussion of the options.

The Dáil also voted for a Fianna Fáil-amended motion to allow the processes under way on local authority boundary changes to continue. The motion also calls for the re-establishment of town councils in certain areas and the fast-tracking of legislation for a directly elected lord mayor of Dublin.

But a Dáil vote defeat has no legal standing, only symbolism for the winners and the potential to embarrass the Government. Since the Coalition was formed it has suffered close to 30 vote defeats.

In the motion on the pensions anomaly, five separate amendments were voted on and defeated, including the Government’s – by 85 votes to 44 with one abstention – which included an intention to “examine means of addressing this anomaly without necessarily reversing the changes to the averaging approach introduced in 2012”.

It also promised an analysis of those most affected by the 2012 changes and a promise to report back to the Government with options on how to address these challenges.

Amendments by the Greens, Social Democrats, Sinn Féin and Solidarity-People Before Profit were also defeated in votes. The House then accepted the Fianna Fáil motion without a vote, to restore the full pension entitlements of the 36,000 affected people.

The Dáil voted three times on motions and amendments linked to a debate on the controversy about proposals to extend the Cork city local authority boundary into the county area.

The motion was introduced by the rural group of Independent TDs, supported by number of other Independents.

The House voted against a Government amendment by 49 to 44 with 35 abstentions, which “recognises the need to put in place effective and sustainable local government arrangements in Cork”.

It accepted the Fianna Fáil amendment by 44 votes to 41 with 43 votes allowing the process under way to continue and re-establishing the urban councils and speeding up the legislation for directly elected mayors.