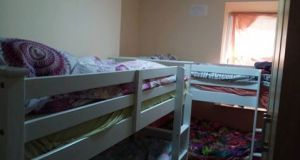 Minister for Housing Eoghan Murphy will consider making it a criminal offence for property websites to advertise sub-standard rental accommodation. The Minister said he would not see a problem in introducing such a measure “if it is about professional property or letting platforms” .

Mr Murphy will consider the proposal as part of amendments to legislation in relation to the function of the Residential Tenancies Board and problems with overcrowding in rental accommodation. New legislation being prepared to deal with enforcement functions for the board.

The Minister was responding to Sinn Féin housing spokesman Eoin Ó Broin, who said he emailed Dublin City Council in December with a list of properties being advertised which were “clearly not of an acceptable standard”.

The council inspected the properties, and “while the authority believed they were not acceptable they were not breach of the 1966 Act’s provisions on overcrowding notwithstanding the presence of multiple bunk beds in kitchen facilities or other rooms”.

Mr Ó Broin said he would “strongly recommend” that the Minister in the forthcoming legislation considers “making it a criminal offence for online platforms to advertise properties which clearly breach regulations”.

“This would not only put the onus on the Residential Tenancies Board but also on myhome.ie or daft.ie to be compliant and to prevent their platforms being used to advertise properties which the photographs submitted clearly show are sub-standard.”

Mr Murphy said he had raised the issue of language students being targeted with officials. “It will require having people with the right language skills in Portuguese and so on to read these advertisements and to help with inspections.”