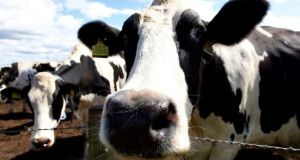 Environmental and climate change requirements can be used to “thwart” and “dismantle” the EU Mercosur trade deal and protect the Irish beef industry, the Minister for Agriculture has said.

Michael Creed said he sees it as his responsibility “to ensure that everything is done to frustrate, mitigate, to dismantle, the ambition [of Mercosur] and to protect the interests” of the Irish beef sector.

The Minister was responding during agriculture questions in the Dáil ahead of an hour-long debate on the trade agreement between the European Unon and Argentina, Brazil, Paraguay and Uruguay, known collectively as Mercosur.

Under the agreement, negotiated over some 20 years, the EU has agreed to except 99,000 tonnes of cheaper South American beef into its market each year, which farmers say could cost the Irish beef sector up to €750 million annually.

The deal also covers other sectors such as pharmaceuticals, services, machinery and other food stuffs - including the the importation of 180,000 tonnes of poultry into the EU and 25,000 tonnes of pig meat.

Mr Creed told Fianna Fáil TD Jackie Cahill the environment was a very significant element in the deal and “we can use that to frustrate and thwart the ambition of Mercosur to make sure it is legally robust and ensure that they’re well documented climate disregard can be used to our advantage”.

Opening the debate on the deal, Minister for Business Heather Humphreys said the Dáil and more than 40 parliaments were likely to have their say on the deal before it is finalised.

Ms Humphreys said “the shape Brexit takes and the impact that has for the agricultural sector will need to be a key consideration” of the economic assessment to be conducted on the agreement.

She said the Government “absolutely fought to achieve the best deal possible for our farmers” but she pointed out that recent deals with Mexico, Japan, Vietnam and Singapore included exports of 105,000 tonnes of EU beef.She said the highest EU standards will be applied to all imported goods, especially food, so no hormone beef or genetically modified organisms will be allowed.

Fianna Fáil agriculture spokesman Charlie McConalogue said a few months ago 70,000 tonnes of beef was on the table but it had now risen to almost 100,000 tonnes. This deal could result in a €5 billion hit on the EU beef market and up to 16 per cent reduction in beef prices, he said.

Mr Cahill said the EU was 116 per cent self sufficient in beef and “for anyone to contemplate to allow beef in from South America is incomprehensible”.

Sinn Féin agriculture spokesman Martin Kenny said Irish beef was personally managed on farms of between 50 hectares and 80 hectares, on average. But in South America there were thousands of cattle on land probably the size of a county and there was “no tags, no traceability, no disease prevention”.

He claimed South American cattle were treated en masse with pharmaceutical products and did not have to be tagged until the last few months. He added that the Irish dairy industry was at top capacity and “we don’t actually need to export our dairy into Latin America, so it’s not like with like”.

Labour TD Willie Penrose was more optimistic. He said it had taken 20 years to negotiate the deal and “we have to see this as an opening shot and try for amendments and improvements”.

He said it would take another five-to-seven years to conclude and there was “lots of time” to make changes.