Cervical cancer payment scheme ‘up and running within weeks’ 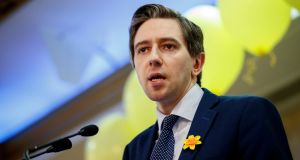 Minister for Health Simon Harris: said he was ‘not in the business of having bets on the floor of the Dáil’.

The scheme to provide ex-gratia payments to the women affected in the CervicalCheck controversy is expected to be “up and running within weeks”, the Dáil has heard.

Minister for Health Simon Harris said he will seek Cabinet approval in a couple of weeks for the non-statutory scheme to the women affected by the non-disclosure of the audit on false negative smear test results.

The Minister also rejected claims by Labour health spokesman Alan Kelly that the review of CervicalCheck smear tests to establish how many slides were misread in the screening programme controversy will not be completed by the end of this year.

Mr Kelly said he would “make a bet” with the Minister that the review by the Royal College of Obstetricians and Gynaecologists (RCOG) would not be finished within the 2019 calendar year, which he described as “unacceptable”.

But Mr Harris said he was “not in the business of having bets on the floor of the Dáil”. However, he said he does accept the assertion the review cannot be completed this year.

“It is a review that will take six months from the time RCOG starts to receive the slides. It is independent and I do not want to speak for it,” he said. “The slides have started to transfer so I am very hopeful it can progress.”

More than 1,000 women have agreed to allow their slides to be tested by the review group.

During a debate on the controversy and the fall-out over delays in results of repeat smear tests, the Minister told Social Democrats TD Catherine Murphy that he would ask the Cabinet this month to approve the ex-gratia scheme and the appointment of the retired judge, Ms Justice Mary Irvine, to chair the inquiry into the controversy.

He stressed that the scheme “will not be about compensation and will not in any way interfere with any woman’s right to go to court, pursue issues legally or access the tribunal in due course”.

The scheme “is a recognition that disclosure was not made to the women concerned and the impact of that non-disclosure is something the State, regardless of the law, has a moral liability, I believe, to address”.

Mr Harris said this was an important development “where the State will accept its responsibility in respect of non-disclosure and make ex gratia payments to the women and families affected”.

He also said he would publish regular updates on progress in implementing the recommendations of the Scally report on the controversy.

Ms O’Reilly said some went to Honolulu in Hawaii when they were supposed to go to Texas. “Are there any plans or is there any work to repatriate that work and ensure the tests are done here in this State?”

Mr Harris said that as they moved towards HPV testing “there will be an opportunity to look at what more we can or should be doing in Ireland. It is a decision we will have to take in due course.”

Woman who took High Court case released from hotel quarantine 11:07
Teenage girl (18) jailed for a year for her role in petrol bomb attack 11:05
Covid-19 vaccine registration system to open for 65-69 year olds tomorrow 10:32
Covid-19 Vaccine Tracker: What's available in the Republic of Ireland and what else is coming? 10:32
Mandatory vaccination of healthcare workers would be ‘most intrusive step’ - regulator 10:28

4 Scramble to fix problems with vaccination and mandatory quarantine