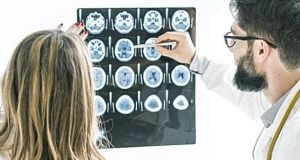 The delay in providing women with smear test results has risen to 22 weeks, prompting claims the CervicalCheck screening programme is in jeopardy.

As a result of the growing backlog, a “small number” of tests have expired and have had to be repeated, acccording to the HSE.

Speaking in the Dáil, Fianna Fáil leader Micheál Martin said the programme, which had saved many lives, was “now in crisis mode” and it was his information that the programme was in jeopardy.

Demanding Minister for Health Simon Harris come into the Dáil and give a full explanation, he asked Taoiseach Leo Varadkar when he had been told about the delays.

Mr Varadkar said Mr Harris’s offer of free smear tests was a response to the anxiety of many women that their tests may have been misread in the wake of the controversy over false negative results.

“It was done in good faith for good reasons. It was never intended to be a permanent offering,” and the free testing ended in December, Mr Varadkar said.

Mr Martin said the decision taken by Mr Harris to offer re-testing to women concerned about their smear results was taken against official advice.

It was the expert advice that the re-testing would “damage the efficacy of the programme, would delay and cause backlogs and was not clinically warranted”.

There was now an enormous backlog. “It is my understanding that the delay has impacted on the quality and efficacy of the tests and rendered a significant number of them invalid.”

And he said he had been informed “CervicalCheck is now in jeopardy”.

The HSE said both repeat and routine smear tests were experiencing delays due to increased demand. In the past, it took four to six weeks for a result, but currently, results were taking an average of 22 weeks, and some are taking slightly longer.

Where samples are not transferred to a slide within six weeks, they can become expired, the HSE said. Between April and June 2018, this happened in a “small number” of cases - 0.32 per cent of all samples. Since August, all samples have been transferred to slides within the six-week timeframe.

Women whose samples had expired were written to and advised to go for a repeat smear after three months, when cells in the cervix have regrown.

The HSE said any woman with symptoms that may include unexplained vaginal bleeding, bleeding after sex, unusual discharge or pelvic pain should contact aGP without delay.

Mr Martin added that Mr Harris “owes it to the House and to the general public to come before the House and make a comprehensive statement on this issue”.

Mr Varadkar said he was informed of delays and testing difficulties “a few weeks ago” by his adviser, who had been told by Mr Harris.

Mr Varadkar added that he was sure Mr Harris would be happy to address the House on the matter.