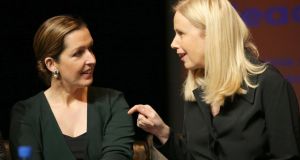 Nine months after the CervicalCheck controversy erupted in the wake of Vicky Phelan’s High Court case over a missed cancer diagnosis, frustration over the slow pace of reform is growing among the women affected.

With Minister for Health Simon Harris’s attention consumed in recent months by abortion and the trolley crisis, issues around the botched audit of CervicalCheck smears have slipped down the agenda. At one point, the Minister had to cancel a meeting with Phelan and others in the 221+ CervicalCheck Patient Support Group in order to tend to the passage of abortion legislation in the Oireachtas.

It was Phelan herself who voiced the frustration last week with a focused criticism of Leo Varadkar and a series of pointed questions for his Government.

The Taoiseach was “all talk and no action” and “doesn’t inspire me with confidence”, she said, adding that he she didn’t get the sense that he thought the cervical cancer issue “is as important as what it is really”.

She followed up with a series of pointed questions. When will the legislation be put in place to allow the tribunal promised by the Government to be established, she asked?

When will the review of smear tests by the Royal College of Obstetricians and Gynaecologists (RCOG) “start, never mind report back” with a fuller picture of how many slides were, or were not, negligently misread?

What is the status of the slides of the women in the 221-plus CervicalCheck group? And when will sufficient resources be put in place to clear the backlog of women waiting for the result of repeat smears, which currently stands at more than 20 weeks?

Ministers rushed to defend the Taoiseach but were slower about providing detailed answers to Phelan’s questions.

In truth, there has in recent months been a loss of momentum in dealing with the issues, following Dr Gabriel Scally’s well-received report on CervicalCheck and the Government’s promises to set up a tribunal to hear cases from women in a less adversarial manner than court. This may change as the abortion service beds down and the arrival of spring eases the pressure on hospital emergency departments, leaving more time for officials to focus on outstanding issues relating to CervicalCheck.

For all the insight gained from the Scally report, it is still not possible to say how widespread the wrong inflicted on women was. We know that hundreds of women who got cervical cancer were kept in the dark about an audit of their smear tests that was carried out after their diagnosis.

But we still do not know, in cases where the audit test threw up a different result, whether this was within the normal limitations of the screening programme, or whether a slide was misread, or indeed negligently misread.

“We’re still only at the early stage of this debacle,” says Stephen Teap, whose wife Irene died in July 2017 from cervical cancer. “We can’t say with any certainty how much misreading took place.”

Teap and many of those in the 221-plus group are heading down the legal route, having obtained medical opinion that their slides were misread in the CervicalCheck programme. Decisions about negligence in these cases will be decided in court.

At the height of the controversy last April, Harris announced that any woman with concerns would be entitled to a free repeat smear. This unleashed a massive surge in visits to clinics by – mostly well but understandably worried – women.

With no appreciable increase in resources, the clinics were unable to cope. Waiting times lengthened, eventually passing the 20-week mark. Some smears had to be repeated because the original tests were too old by the time they came to be examined.

On October 18th, during Leaders’ Questions in the Dáil, Tánaiste Simon Coveney revealed that there was a backlog of 86,210 smear tests.

“Unfortunately, results are currently being reported within 18 weeks of the test being taken. In a small number of cases, it is even longer than that,” he said.

Fast-forward to last Sunday, and that figure has barely budged. There are 82,963 smear test samples still in progress, and the waiting time is now 20 weeks. In some cases, it is taking longer.

The Health Service Executive maintains that the danger to women as a result of the backlog is very low.

“The natural history of cervical cancer would indicate that the disease would normally develop over a period of 10 to 15 years. In this context, a period of 20 weeks for the return of cervical screening results, whilst undesirable, is not necessarily dangerous and poses a very low risk to women,” a spokeswoman said.

Despite the fact that laboratories have recruited more staff, and are paying for more overtime, a global shortage of cytologists is hampering efforts to resolve the issue. There is no breakthrough in sight either with the HSE refusing to give a timeline when asked by The Irish Times, saying instead: “This will take some time to resolve.”

While there is no deadline for the resolution of the smears backlog, a rough six-month timeline has been put in place for the enactment of legislation to set up a tribunal which would deal with women’s claims. The Government says its intention is to have this enacted by the summer recess. Labour’s Alan Kelly is dubious that this can be done.

“We will be very lucky if that legislation is brought in this year, and even if it was, the tribunal wouldn’t be set up until early 2020.”

Ms Justice Mary Irvine will chair the tribunal, which the Government says will be set up late this year. Kelly says there are many cases still to come before the courts. “This is not acceptable. These women deserve to be treated in a dignified way.”

Speaking in the Dáil last Wednesday about the legislation to set up the tribunal, the Taoiseach sounded a warning note about how complicated the process could become.

“I am told that setting up a tribunal of this nature, which is different from previous tribunals in the sense that it will have to assess liability and not just the level of compensation paid, is novel and it will be difficult to do, but I have said to both the Attorney General and the Minister for Health that I want them to prioritise this alongside Brexit legislation.”

Teap said his group was advised last year by the lawyers who devised the tribunal that it could be ready by the end of January. The delays since are unacceptable, he says. “This isn’t good enough. We have very sick women who need the tribunal now.”

In the background, work is ongoing to address the various shortcomings found by Dr Scally in his report, published in September 2018.

The report found serious gaps in the governance structures of the screening services.

In response, the HSE set up an “implementation oversight group”.

Working with the Department of Health and a number of relevant organisations, an implementation plan for Scally’s 50 recommendations was developed. The HSE says plans have been made for each recommendation, and deadlines have been set.

“Implementation of over 70 per cent of the actions had commenced before the end of 2018 with some already complete and the remainder on track to commence when due and as outlined in the plan,” a spokesman said.

Dr Scally told a press briefing last September that the issue would need further examination. He has spent the last number of months delving into the issue and is due to report back to Harris by the end of this month, sources say.

Another unexpected follow-on from the Government’s promise-first, ponder-after approach arose after Vicky Phelan accessed the cancer wonder-drug pembrolizumab on an experimental basis. The cost of pembro is covered under the Irish health system for melanoma and a small number of others cancers, but not cervical cancer. In fact, the drug is not licensed for treating cervical cancer anywhere in Europe, though this kind of off-licence use is permitted where recommended by a treating doctor.

So, despite doubts among some doctors about its efficacy and cost-effectiveness, the Government agreed to fund the drug for all 221 CervicalCheck patients where it was clinically indicated. For Phelan, who has terminal cancer and initially funded her own treatment, it has been a godsend, but only a minority – as low as 15 per cent – of cervical cancer patients stand to derive any substantial benefit from it.

Having approved the drugs for the 221 group, the Government then came under pressure to extend its availability to all cervical cancer patients, and not just those whose smears were audited under CervicalCheck.

“In relation to ensuring all suitable women with cervical cancer can access pembro, the department and the HSE are finalising proposals on this and the process is expected to conclude within days,” according to the Minister’s spokeswoman.

It is entirely possible that this decision will beget calls from patients with other cancers seeking access to the drug. Liz Yeates, chief executive of the Marie Keating Foundation, says a better system for providing access to novel drugs is needed, along with more meaningful negotiations with the manufacturers in relation to their cost.

“The delays involved in approving and reimbursing new drugs are considerable,” she said. “We’re constantly getting calls from patients telling us they are aware drugs are available to treat their conditions – in other countries. That’s hardly fair.”