With Conservative Party leader Boris Johnson having secured a resounding victory, it has been a bad night for the DUP, which lost two seats plus its crucial influencing role supporting the Tory government.

The final seat of the 18 in Northern Ireland to declare was Fermanagh and South Tyrone, where Michelle Gildernew of Sinn Féin held the seat by a reported 57 votes from Tom Elliott of the Ulster Unionist Party.

As a result, although the DUP remains the largest party, it holds fewer seats than Sinn Féin and the SDLP. 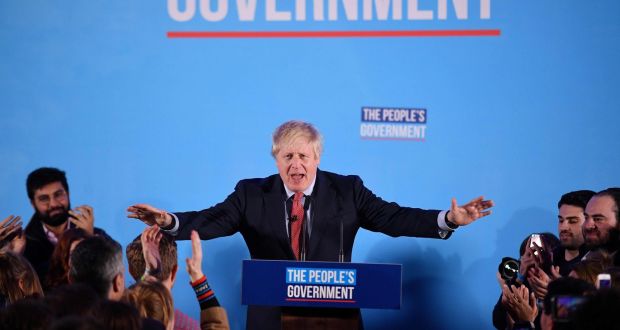 The cross-community Alliance Party also took one seat, adding to the majority of anti-Brexit MPs.

Mr Dodds had become a power broker during the Brexit talks, when the DUP propped up the minority Conservative Party government after the UK general election of 2017.

His defeat completed a humiliation for the party, which said unionists were betrayed by the eventual deal Mr Johnson struck to leave the European Union.

Mr Dodds lost his seat to John Finucane, the son of one of the highest-profile victims of 30 years of sectarian bloodshed that was largely ended by the Belfast Agreement peace deal of 1998.

Mr Finucane is the first Sinn Féin MP returned in North Belfast. He was aided by a pact between Sinn Féin and the SDLP that saw the parties agree not to compete in some areas to avoid splitting the remain vote. Northern Ireland voted 56 per cent to 44 per cent to remain in the Brexit vote.

Mr Dodds’s party colleague Edwin Poots said the deputy leader’s defeat was very damaging for unionism. “Ultimately, if we are going to protect the union, enhance the union and secure the union, then we’re going to have to have people voting unionist,” Mr Poots told BBC Northern Ireland. – Agencies