Michael Fitzmaurice: ‘I have no regrets about not being a Minister’

Political jobs not as important as issues and principles, says Independent TD 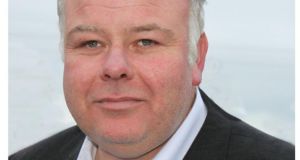 Independent TD Michael Fitzmaurice: “I have found some Ministers are just figureheads.”

I had an apprenticeship before I was elected as an Independent to the Dáil in my first general election for Roscommon-Galway a year ago.

I was first elected to the House for Roscommon-South Leitrim in a byelection in 2014. I did not find adjusting to the new constituency that difficult: I know that part of Galway very well.

I had to wait, like everybody else, for the formation of a Government in that long run-in, and I nearly became part of it as a member of the Independent Alliance.

The media was tipping me to be a Minister of State, but to me political jobs are not as important as issues and principles.

So, after 26 hours of talks, I opted out because I failed to get satisfactory assurances on turf-cutting issues. I had made promises to turf-cutters from Kerry to Donegal and would not break them.

I have no regrets about not being a Minister. I left Independent Alliance and I am on my own again as an Independent. Sometimes you can get things done if the minority Government needs your vote.

I do not believe in being critical all the time. I think Simon Coveney is doing his best on housing, but I am very disappointed with the Government’s performance on agriculture. The big farmer gets everything.

I have found some Ministers are just figureheads and spend too much time cutting tapes at public events. That will not solve the country’s problems.