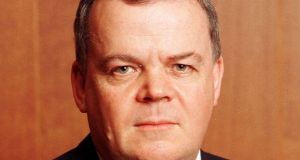 John Dallat: the former MLA has come out of retirement and is the SDLP’s candidate after a divisive selection convention

With the number of Assembly seats being reduced from 108 to 90, the prediction game for these elections revolves around identifying likely losers rather than winners. Parties will be more concerned with holding what they have rather than making breakthroughs as voters go to the polls for the second time in less than a year.

The coastal constituency of East Derry is typical of this. It is a solidly unionist area where the the DUP has traditionally had a stranglehold, taking three of the six available seats last year. Another unionist, Independent Claire Sugden, took a fourth seat, with Sinn Féin and the SDLP taking one each.

Sugden’s seat is a Ulster Unionist Party gene-pool one: she succeeded a former UUP MLA who was deselected by the party. The consensus locally is that Sugden can hold on – with the remote possibility that William McCandless of the UUP could sneak in if the DUP suffers a local backlash from the “cash for ash” scandal. However, he would have to almost double the UUP vote, which is unlikely.

George Robinson, Adrian McQuillan and Maurice Bradley will seek to hold their three seats for the DUP.

On the nationalist side, Sinn Féin has the one guaranteed seat, while the SDLP looks vulnerable. The veteran former MLA John Dallat has come out of retirement and is the party’s candidate after a divisive selection convention. After being deselected for the SDLP, its outgoing MLA Gerry Mullan is standing as an Independent.

With only a little over half a quota from last year, it will be an uphill struggle for the SDLP. However, Dallat was a popular MLA and has taken 15 per cent of first preferences in the past, close to the quota. The party has benefitted from Alliance and UUP transfers too, so if Dallat stays ahead of McCandless and Mullan he might just squeeze in.

Sinn Féin took about 1.4 quotas last year, and Caoimhe Archibald should comfortably retain her seat. If the party were to take a second seat it would be at the expense of the SDLP (it would also mean the loss of a unionist seat). Cathal Ó hOisín, a former MLA, finished fourth in the first count but just could not attract transfers.

It looks messy for the DUP but messier for the SDLP because of the selection row. On the basis that Dallat has not lost his touch, and Sinn Féin struggles to pick up transfers, it is 2 DUP, 1 Independent, 1 Sinn Féin and 1 SDLP.