Gino Kenny: ‘I got elected to be a voice for the voiceless’ 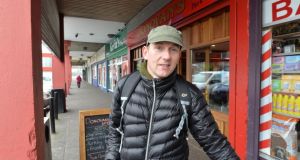 When I walked up the main entrance of Leinster House with my mother in tow and party comrades Richard Boyd Barrett and Bríd Smith on the first day of the 32nd Dáil I was filled with a mixture of emotions.

The sense of surrealism and being overwhelmed wasn’t so much about the building and its occupants but the occasion itself.

I never set out to be here, which may seem like a contradiction when you run for election, but had I not got elected I would have been more disappointed for people who helped in the campaign and the many who voted for myself.

The past year I have found it hard to adapt to the unnatural environment of the Dáil and its frenetic nature. I think the most frequently asked question I have been asked is “Are you enjoying it?”

Usually my reply is somewhere between yes and no. Of course the reason why I got elected was to make a difference and be a voice for the voiceless.

I remember reading Bernadette Devlin McAliskey’s book the The Price of My Soul. In the book, Bernadette was asked what she was going to do now she was elected to Westminster. She said simply “my function in life is not to be a politician, it is to get something done”.

Those simple words are ingrained in my mind. That something to be done is a constant narrative that injustice has to be challenged inside and outside the Dáil. One of the issues was the debate around medicinal cannabis.

When I put forward the Bill in July I had no idea the impact it would have. The impact has been phenomenal in not only beginning the debate, but the many people who could benefit from the accessibility of medicinal cannabis.

On December 1st, under private members’ time, I introduced the second reading of the Cannabis for Medicinal Use Bill in the Dáil.

Looking up at the public gallery that December evening and seeing the many people spurring me on is my proudest moment.

I have given a commitment to everybody who has contacted our office that nobody with a condition that medicinal cannabis can be beneficial will be left behind.

I will honour that commitment for every living moment I’m a TD in this Dáil.