For most part, Ireland’s MEPs are hardworking and energetic as legislators 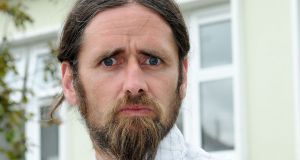 Independent councillor Luke Ming Flanagan: a diligent asker of questions, but a quick survey shows that a large proportion are not related to EU/Commission competences. Photograph: Mick McCormack

Measuring and comparing the productivity of politicians is a difficult business. What matters as much as hours worked is what they worked at – quality as much as quantity.

But the survey here, despite caveats, is a good starting point. Bear in mind, however, that the “attendance” record, ranging here from 96 per cent to 1 per cent, can be a measure of dedication and hard work, manifest most certainly in Sean Kelly’s starring performance, and/or a measure of diligent determination to collect daily allowances.

And non-attendance may also reflect “excused” sickness, as in the case of Brian Crowley.

MEPs may be present, moreover, but contributing little, or allowing their staff to do the heavy lifting of writing questions or speeches. And Luke Ming Flanagan may be a particularly diligent asker of questions, but a quick survey of those will show that a large proportion are not related to EU/Commission competences.

Could it be that some MEPs put down questions in the knowledge they are not answerable, just to show the folks back home they are working?

That said, for the most part, the Irish MEPs are a relatively hardworking lot, and certainly more energetic as legislators than many of those I remember in an earlier sojourn by me in Brussels in the 1990s.

Mairead McGuinness, a vice-president of the parliament, devotes her time to parliamentary business, like chairing sessions, all the while keeping an eye on the agriculture committee. While her party colleagues Brian Hayes, Sean Kelly, and Deirdre Clune have divided up the work respectively on economic affairs/the euro/finance and the industry and transport committees, and developed a solid expertise in each.

Sinn Féin’s division of labour sees Matt Carthy majoring in taxation issues, and agriculture; Lynn Boylan, on environmental questions like emissions and the Paris accord; while Liadh Ní Riada takes on the EU budget and fisheries.

Marian Harkin and Nessa Childers, both Independents not seeking to be re-elected, are, however, a study in contrasts. Harkin was a rapporteur on 20 opinions to Childers’s three, put forward 283 to 15 motions for resolution respectively, and made 660 to 92 contributions respectively to plenary debates.