Eamon Ryan: Rejection of deal would lead to difficult situation 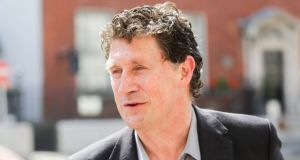 Ireland faces a “difficult situation” at the end of the week if Green Party members reject the proposed government deal, party leader Eamon Ryan has warned.

Ahead of a count on Friday of membership votes on whether to enter coalition with Fianna Fáil and Fine Gael, Mr Ryan said the three parties haven’t discussed any alternative to the deal.

“The Irish people are waiting to see if a government can be formed,” he said.

“I hope it can, and if it doesn’t then the political system will be in a difficult situation.”

Pleading for grassroots party members to continue voting in the internal ballot, Mr Ryan said the proposed programme for government included “the most ambitious programme for climate action that any country has seen”.

“This is such a leap, that it has to involve everyone,” he said.

“We have to bring everyone on board. If we are just to wag our fingers at people and say that there is no hope of you turning around to this. I believe the other parties are starting to do that, all that, and I think that is because the Irish people want to do it.”

Mr Ryan told RTÉ’s Morning Ireland that he believes both Fianna Fáil and Fine Gael “are up for making the sort of changes we need to make” and for working as a team to “do that in a way that helps to meet other goals and does help us to get out of the economic crisis”.

“I believe that is absolutely possible,” he said.

Mr Ryan added that it “is going to create a huge challenge.”

The Green Party leader said an annual 7 per cent reduction in carbon emissions – “a 51 per cent cut over the decade” – was “agreed and it is critical and it is important”.

A lot of it will take place in the “latter part of the decade” but measures would start immediately during the incoming government to prepare for the cuts.

“Within the first 100 days of government, if we are in there, we would introduce legislation that starts to set out five year budgets, so you start measuring and monitoring and introducing the measures you need to do to achieve it and you have real power to do that, because there is political commitment to do it,” he said.

A proposed significant increase in carbon tax is a “huge project and will take time”, he said, adding money raised would be returned to those in fuel poverty and farmers.

On the broader economic plan, Mr Ryan said the would-be coalition’s strategy “first and foremost” will be to borrow money to stimulate the economy.

“I’s a Keynesian response, where you actually put money into the economy,” he said.

“What you hope and expect, and the economic analysis is that this is very possible, is you see the economy lift, you see incomes growing, and tax revenue increases in that way because there will still be all those taxes on income and other measures.

“If that isn’t enough to close the gap, there are other measures. Included in that is a potential increase in employers and employee PRSI and possibly other tax... there will be an increase in carbon tax and other taxes such as plastics... the primary approach to this is initially in the first two to three years to increase borrowing rather than taxes to stimulate the economy.”

If the Greens reject the deal, the party will still have to be part of the “wider political system to come up with some alternative of running the country”, he added.

Results of internal ballots on the proposed programme for government will be announced by Fianna Fáil, Fine Gael and the Green Party on Friday.

The Green Party has widened eligibility for members who can vote by telephone on the programme. It has emailed members saying that registered voters who have not received their ballots can vote by phone.

With many votes already cast, the contest is said to be delicately poised between the Yes and No camps.

Leading figures on both sides have been involved in campaigns in recent days, making thousands of telephone calls.