Councils should not be ‘distracted’ by short-term housing plans 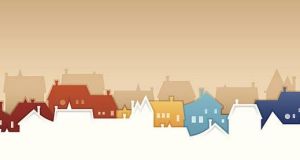 Local authorities should not be “distracted” from building housing by focusing on short-term measures “in response to monthly homeless figures”, the head of Dublin City Council has told Minister for Housing Eoghan Murphy.

In early September, Mr Murphy wrote to the four Dublin local authorities setting targets for extra family hub accommodation to be met by the end of the year. Writing a week after the homeless statistics for July were published, he said it “remains a matter of utmost concern to me and the Government that the numbers have continued to increase”.

Responding to Mr Murphy, Dublin City Council chief executive Owen Keegan said while the focus on short-term measures to accommodate homeless families and single persons, in response to monthly homeless figures, was understandable, “it is important that we are not distracted from the primary task to delivering additional housing units”.

The correspondence was obtained by The Irish Times under the Freedom of Information act.

The Minister asked the council to provide accommodation for 300 extra families in family hubs by the end of the year by leasing vacant hotels or “alternative large facilities” . He warned if targets were not met he would consider using emergency powers to transfer responsibility for providing homeless accommodation to his department.

Family hubs were introduced as alternatives to hotel or B&B accommodation, and provide cooking, recreational, and support services.

However, Mr Keegan said it was likely only 47 extra families would be housed in new hub units by the end-of-year deadline. The local authority was “experiencing real difficulties in sourcing suitable premises” to convert to hubs.

He said after the council finds properties there are “inevitable delays” with securing leases, inspecting buildings, and refurbishment work.

There was a “significant number” of additional family hub and emergency beds in the pipeline, which would be delivered next year.

Mr Keegan said the chances of meeting the targets would be increased if a number of proposals from the council, some previously put to the department, “were revisited”. These included the leasing of a cruise ship to house homeless individuals, and using certain vacant State buildings for homeless accommodation.

Just under 17,000 households are on the council’s housing waiting list, and Mr Keegan said it was “extremely important” these households were not “encouraged to present as homeless”. The majority of those on the list were living in their family home “often in challenging circumstances”.

“The charging of rent on subsidiary earners in local authority accommodation and the low weekly charge imposed on families in emergency accommodation may be encouraging some households to leave the family home and to present as homeless,” he said.

The council chief urged Mr Murphy “to remove all financial incentives” for individuals to leave their family home and present as homeless.

He said there was also concern over homeless families and rough sleepers from other EU and non-EU countries, who were not in Ireland long enough to qualify for habitual residency, and as a result had no entitlement to homeless services.

Currently in these cases people are provided with emergency accommodation on a night by night basis. Mr Keegan told Mr Murphy “based on our experience the current policy is simply not sustainable”.

Mr Keegan said that “while this policy is undoubtedly well intended, the question must be posed if it [is] sustainable given the pressure on homeless services, and the potential for ever-increasing numbers of non-eligible family households and individuals to present as homeless in Dublin.”