Woman refused dental treatment due to HIV status to receive €10,000

Patient was in dentist chair had received anaesthetic when service withdrawn 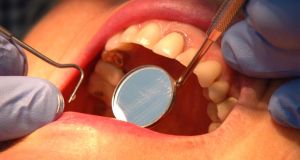 A dental clinic has agreed to pay a woman €10,000 after a dentist refused to treat her after she disclosed that she had HIV. File photograph: John Giles/PA Wire.

A dental clinic has agreed to pay a woman €10,000 after a dentist refused to treat her after she disclosed that she had HIV.

The dentist is also to provide the woman a written apology after she agreed to withdraw her discrimination case brought to the Workplace Relations Commission (WRC) under the Equal Status Act. She was assisted by the Irish Human Rights and Equality Commission (IHREC) in bringing the case.

The woman had disclosed her HIV status to the clinic prior to her appointment. However, while she was seated in the dentist chair, and after being injected with anaesthetic, the woman was asked by the dentist whether she was taking medication.

After the woman explained that she was taking HIV medication, the dentist withdrew his service due to his perceived concerns about contamination.

“I felt embarrassed, ashamed and I was really stressed and very anxious. Playing the whole scenario in my head again made me feel a kind of rejection,” said the woman, who welcomed the settlement.

“I went in confident thinking they knew my status and it was okay for them to help me, but after what happened it has had a huge impact on my self-esteem. It took me back to the time when I first found out about my HIV status.”

The woman added that she had “no idea” that what had happened was “wrong until after speaking to my doctor”.

“I feel better hoping they will not treat anyone that way, not only because they agreed to compensate me, but also because staff will receive awareness training,” she added.

The clinic has committed to implementing an appropriate company policy that reflects their commitment to equality and will ensure that similar incidents do not arise in the future. The dental clinic will also provide its employees equality and diversity training, including on HIV status.

In most cases, HIV is a sexually transmitted infection but it can also be transmitted through a person receiving a transfusion of contaminated blood or the through sharing needles with someone who is HIV positive and not on an effective treatment.

The advocacy group HIV Ireland said this was not an isolated incident and that some dental services continue to refuse treatment to people with HIV.

IHREC chief commissioner Emily Logan said the “clear message from this settlement is discrimination of this nature is not acceptable and should be challenged”.