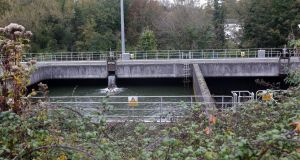 A Co Kildare water-treatment plant at the centre of a boil-water notice affecting 600,000 customers in the greater Dublin area is still not managing risks posed by contamination, the Environmental Protection Agency has said.

“The level of treatment at Leixlip water-treatment plant is currently not proportionate to the risk posed by the River Liffey source water,” the EPA says in a report assessing the risks at the plant.

The State agency found there was a failure at the plant to respond to multiple process alarms activated by elevated levels of turbidity, a key measure of water quality that tests the cloudiness of water caused by particles.

The EPA report found that the failure of Irish Water and Fingal County Council to implement its earlier recommendation of a previous audit carried out in March was “unacceptable”.

The plant failed to install an automatic shutdown when critical alarms were not responded to, and this was a contributing factor to an incident on October 21st that led to a boil water notice for 615,539 people supplied by the plant.

Mr Fanning told RTÉ Radio’s Morning Ireland that the EPA had recommended that there should be an automated shut down in the event of an alarm.

He called for the automated alarm system to be connected to Irish Water’s national control centre.

An EPA recommendation for an enhanced filtration system, which Irish Water had said would be in place by the end of 2019, will not now be ready until “mid 2020”, said Mr Fanning.

While the water supply was now safe, he said, there was a need to continue to improve security and safety of supply.

“If there is any possibility of risk it has to be reduced to the minimum.”

The EPA said in a report published on Wednesday: “A blockage in the alum (coagulant) dosing line, which occurred at Leixlip water-treatment plant on October 21st, resulted in operational difficulties with the clarification and filtration processes, and gave rise to elevated turbidity levels in treated water.

“This indicated a significant risk to the safety of the water supply because the treatment barriers for the removal of cryptosporidium/giardia were compromised and there were a risk of breakthrough of microscopic parasites into the water supply.”

Cryptosporidium and giardia can lead to gastrointestinal infections with symptoms including diarrhoea and stomach cramps.

The EPA said while the water-treatment plant was now operating satisfactorily, the level of treatment at the plant was “not sufficient” to manage the risk posed by the water sourced from the River Liffey.

“To address this, the EPA has recommended that Irish Water consider installing ultraviolet disinfection to further ensure drinking-water quality and the protection of public health,” the agency said.

Irish Water has been told by the EPA to report back no later than the end of November on how it had addressed recommendations in the audit “as a matter of priority”.

No decision has yet been made on whether the failures constitute a requirement for enforcement action, a spokeswoman for the EPA has said.

A spokeswoman for Irish Water said that it was still reviewing the findings of the EPA report and preparing an implementation plan so it did not yet have details on the timing and cost of changes that would be required at the Leixlip plant.

The boil water notice was put in place on Tuesday, October 22nd and lifted on Friday, October 25th following a meeting between the HSE, Irish Water and the council regarding the supply from the plant.