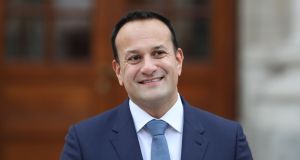 Taoiseach Leo Varadkar says Fine Gael is a party of ‘democracy’, indicating that he and other senior figures will reflect on the views of the party’s Dún Laoghaire members. Photograph: Nick Bradshaw

Taoiseach Leo Varadkar has said he will listen to the views of Fine Gael members in Dún Laoghaire if they vote to change the party’s election ticket in the constituency.

Mr Varadkar said Fine Gael was a party of “democracy”, indicating that he and other senior figures will reflect on the views of Dún Laoghaire members.

A meeting on Thursday evening will see rank and file members vote on a motion that does not name any candidates but is widely seen as an attempt to put pressure on local TD Maria Bailey.

The motion reads: “The Dún Laoghaire Constituency Executive calls on Fine Gael Executive Council to urgently review the ticket for the general election and to make any changes necessary in order to improve our prospects in the forthcoming general election.”

Ms Bailey, Mary Mitchell O’Connor, the Minister of State for Higher Education, and Barry Ward, a local councillor, have been selected by Fine Gael to contest the general election in the five seat constituency.

Earlier this month, a motion of no confidence was tabled in Ms Bailey – who has been involved in controversy over a personal injuries claim against a Dublin hotel – at a smaller Fine Gael meeting in the constituency.

The motion, pushed by Marie Baker, a Fine Gael councillor who previously worked for Ms Bailey, was not taken at the initial meeting of the Blackrock District of Fine Gael because concerns were raised by members that no prior notice had been given.

Thursday’s meeting is of the Fine Gael Dún Laoghaire constituency executive and local sources expect between 100 and 200 people could attend the meeting in the Royal Marine Hotel.

Any changes to election tickets are a matter for the Fine Gael executive council and ultimately Mr Varadkar and the local motion is not binding.