In 2016, 736 people in Ireland died from drugs – the fourth highest figure in Europe 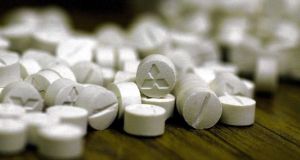 On Wednesday, the former ministers united to release a statement calling on the Government to restore confidence in the national drug strategy. File photograph: David Sleator

The former holders of the post of minister of state with responsibility for drugs have said they are tired of attending the funerals of young people who have died as a result of illegal substances.

On Wednesday, the former ministers united to release a statement calling on the Government to restore confidence in the national drug strategy.

They called on policymakers to ensure that community groups are listened to when trying to tackle rising drug use, adding that the current approach is not meeting the needs of people with addiction.

“Over my many years of politics, I’ve never seen the situation as bad as it is now. I’ve been at funerals. I’m tired of going to funerals,” she said. “There have been many, many families who have been devastated by the scourge of drugs and who have lost their young people.”

Earlier this year, there were a number of high-profile cases in which young people died as a result of ingesting a suspicious substance, such as Jack Downey (19) who died after taking drugs at Indiependence music festival in Cork.

In 2016, 736 people died directly as a result of drugs – the fourth-highest figure in Europe.

Senator Aodhán Ó Ríordáin, who served as the drugs minister between 2015 and 2016, said the real life consequences of drugs is visible in every constituency.

“People are dying. They are dying from gun crime and they’re dying from overdose. I have Garda tape around my community. I have shootings happening at primary schools, I have pipe bombs, I have murder and blood on the streets. It’s a real thing,” he said.

He described the united statement on the issue as “unprecedented”.

“All nine former ministers agree that the community sector is being disempowered, that the issue isn’t as important to Government as it should be, it’s not been given the prioritisation.”

In response to the statement, Catherine Byrne, the current Minister of State with responsibility for Drugs, said she is committed to implementing “an integrated public health response” to substance misuse and addiction.

“Working in partnership with statutory, community and voluntary sectors is central to this response, and I am confident the new strategic initiatives will have a positive impact and make a difference to people’s lives as they journey to recovery,” she said.