Tourism Ireland to use AI for marketing emails 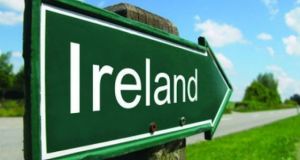 The automated emails will be sent to Tourism Ireland’s contact database of potential holidaymakers abroad, promoting Ireland as a destination to visit.

Tourism Ireland is planning to spend more than €1 million on Artificial Intelligence (AI) technology, to write marketing emails for the agency.

The all-island tourism body is advertising for a software firm to provide AI technology that will send out tailored emails promoting Ireland as a travel destination to the agency’s database of contacts abroad.

The public procurement tender has an estimated value of €1 million, excluding VAT.

The software would reduce the amount of time spent by staff putting together promotional emails, according to the tender.

“With the technology selecting content, assembling and sending the email, the Tourism Ireland digital team can spend more time on managing the performance of our email marketing programme rather than on the operational side,” the contract requirement states.

“The new service will ‘learn’ which content works for different consumers, their preferred style of email and when they are more likely to open their email,” it said.

The automated emails will be sent to Tourism Ireland’s contact database of potential holidaymakers abroad, promoting Ireland as a destination to visit.

The AI technology tracks what content people engage with from the agency, and when they tend to open emails, to tailor future promotional messages.

The contact database comprises people who have signed up to receive information from Tourism Ireland.

The tourism body said it expected the service to be in place by the start of next year.

A spokeswoman for Tourism Ireland said the agency had about 1.5 billion “digital contacts” with consumers each year. Using AI technology to create and send promotional emails would free up staff from the “time-consuming” task, the spokeswoman said.

The AI technology would not be used to respond to queries sent in to the tourism body, which would still be handled by staff, the spokeswoman said. AI email marketing is becoming more commonly used among companies and brands with large client bases.