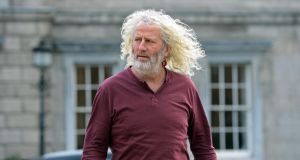 Mick Wallace: “The Government is paying an extra €100,000 per unit, at a minimum, to allow the big developers to supply the housing for it.” Photograph: Eric Luke

The Government is paying a minimum of €100,000 extra for every housing unit instead of €10,000 to allow big developers to supply housing, Independents4Change TD Mick Wallace has claimed.

He said the big developers do not build but employ builders to do the construction.

Mr Wallace, a former builder and developer, said that if the Government made the local authorities hire builders, they would be very happy to make €10,000 in profit per unit.

But the Wexford TD said: “The Government is paying an extra €100,000 per unit, at a minimum, to allow the big developers to supply the housing for it. It is not prepared to fix the problem.

“It could produce a unit for €100,000 less by organising bodies itself to work in connection with the local authorities.”

Independent Dublin Bay North TD Tommy Broughan said the budget “is essentially a standstill exercise to see how the wind is blowing [with Brexit] from March 29th, 2019. It particularly fails citizens who are in housing need and those who are ill.”

Independents4Change TD Joan Collins said that, listening to the Minister, “you would think we don’t have a housing emergency and that homelessness hasn’t more than trebled in the last four years”.

Galway-based Independent TD Catherine Connolly said Opposition members had been laughed at in the Dáil for talking of fines of up to €500 million for Ireland’s failure to deal with climate change. There was nothing in the budget to deal with the Intergovernmental Panel on Climate Change (IPCC) report this week, which said a “transformative change” was needed from the Government to very rapidly reduce greenhouse gas emissions.

Climate change action “has to come from every single department, and I see no evidence of that”.