The Question: Have the Oscars distorted the art of film-making? 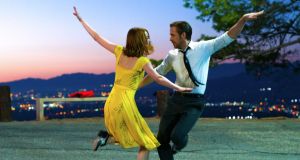 La La Land: the Oscar favourite’s nostalgia for a golden age of Hollywood is an act of brazen flattery

For most of the year Hollywood floods the omniplexes with superhero films and child-friendly animations. Then for a few months each winter we get an entirely different variety of movie: worthy biopics, costume dramas, anti-war war movies, historical epics, the occasional breakout indie coming-of-age story.

Despite their superficial differences all these belong to a single genre: Oscar bait, prestige productions that exist solely to attract the attention of the Academy of Motion Picture Arts and Sciences. They usually feature “difficult” or “challenging” central performances, carefully calibrated to leave no room for doubt among academy voters that the actors gave everything: depicting a character with special needs or a disability, losing a lot of weight, learning a different accent, that sort of thing. Last year saw peak Oscar bait with The Revenant, designed for Leonard DiCaprio to give a performance of such desperate perseverance that the academy had to give him the best-actor statuette.

With the announcement of this year’s list of nominees it would appear that the academy has resisted the usual Oscar-bait cliches for movies of more substance and integrity. Arrival, Moonlight, Manchester by the Sea and even La La Land, to a degree, don’t appear to exist merely to pander to the tastes of the average academy voter (although La La Land’s nostalgia for a golden age of Hollywood is an act of brazen flattery; The Artist pulled a similar trick a few years ago).

The effect of the Oscars on moviemaking is stark, and cinema is probably the only art form that is shaped so markedly by its main award. The Man Booker Prize has not resulted in a recognisably Booker-style novel, the Mercury music prize hasn’t led to a predictable Mercury-pandering sound.

But perhaps the rather depressing flip side of the argument is that, in the absence of the Academy Awards, Hollywood would just ignore serious film-making altogether, leaving us with a full calendar of superhero films and child-friendly animations.