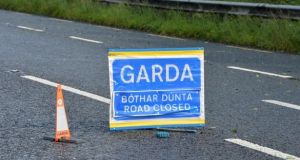 Gardaí have appealed for witnesses to a fatal road traffic collision in Co Cork which claimed the life of an 18-year-old driver who died in hospital this morning.

The teenager from Dungarvan in Co Waterford was on his way to collect his parents from a wedding at Fota Island Resort in Co Cork when the crash happened.

The youth was driving west along the N25 main Cork-Waterford Road towards Cork when his VW Golf hit a wall at Castleredmond in Midleton.

No other vehicle was involved in the collision and the teenager was the sole occupant of the car when it hit the wall at around 1.20am on Saturday morning.

A passing driver raised the alarm and paramedics attended to the young man, who had suffered serious head injuries.

The young man was rushed by ambulance to Cork University Hospital where doctors battled to save his life but he died away at around 11am on Sunday.

The road was closed for several hours to facilitate an examination by Garda forensic collision investigators but it has since re-opened to traffic.

Gardaí have notified the State Pathologist’s Office and a post-mortem is expected to take place on Monday to establish the exact cause of the young man’s death.

Gardaí have appealed to anyone who may have witnessed the collision or can assist them to contact them at Midleton Garda Station on 021-4621550.

A Garda spokesman confirmed that gardaí will now prepare a file on the teenager’s death for an inquest in the South Cork Coroner’s Court.