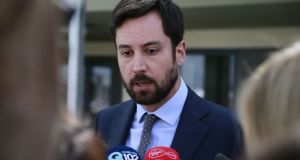 One of the first proposed co-living developments has been refused planning permission by An Bord Pleanála.

Bartra Capital Property Group’s proposal for 222 co-living units and 150 apartments at the Cookstown industrial estate in Tallaght has been turned down by An Bord Pleanála because its format would “fail to provide an acceptable living environment for future residents of the development”.

It also noted that the micro-apartments where the residents share a communal living/kitchen area on each floor had a “notable shortfall in the quantitative and qualitative provision of sufficient communal facilities”.

Bartra Capital, which is headed by Richard Barrett, formerly of Treasury Holdings, has championed the controversial design concept of co-living which sees residents sharing a communal living space.

The board noted that the location of the proposed development, in an industrial estate, did not have established transport links. It would, the board concluded, “represent an unco-ordinated and haphazard form of development which would give rise to an isolated piecemeal pocket of residential development that is disconnected from shops, amenities and/or residential services”.

Bartra Capital issued a brief statement saying it noted the decision and did not comment on planning applications as they are part of a statutory process. It is the second time one of its co-living proposals has been refused planning permission.

Dublin City Council turned down a proposed 105-unit co-living space in Rathmines on the basis that it was a “poor standard of residential accommodation”. That decision has been appealed to An Bord Pleanála, which also has a proposed 200-unit co-living development in Dún Laoghaire before it.

The decision to turn down the Tallaght development was welcomed by the housing charity Threshold, which said co-living is a “distraction” in the current housing crisis.

“Given the very limited living space available in these proposed units, the rent levels being proposed are very high,” its chief executive John-Mark McCafferty said.

“Co-living is completely out of the reach of most single people. Policymakers should take this into account and offer a better long-term accommodation alternative to single people than small one-bed and studio accommodation with no possibility to have guests or visitors.

“In addition, the scale of such developments is much larger than what potential occupants of co-living are looking for.”